All jobs (classes) in Miitopia, explained 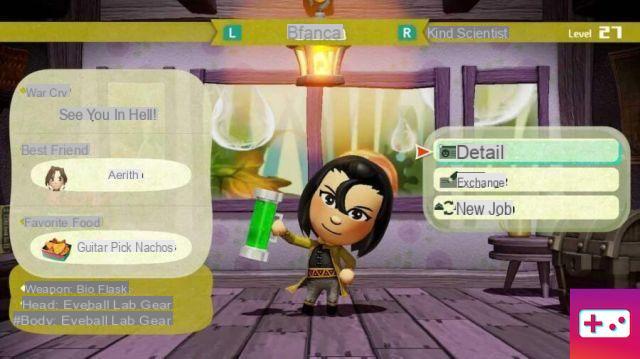 Miitopia plays just like your typical RPG, from its turn-based battles to its jobs or classes. It can be quite difficult to decide which of these to assign your characters to, especially since each character's class is locked until you reach the last phase of the game.

Additionally, your character's levels are tied to their job. This means that once you upgrade your hero from Warrior to Mage, their level is reset to one. You won't lose any levels you've gained as a warrior, although leveling up for a new class can be quite tedious. As such, it's always best to assign the right job the first time.

To help you choose the best jobs at Miitopia, here is a brief summary of all their best points. 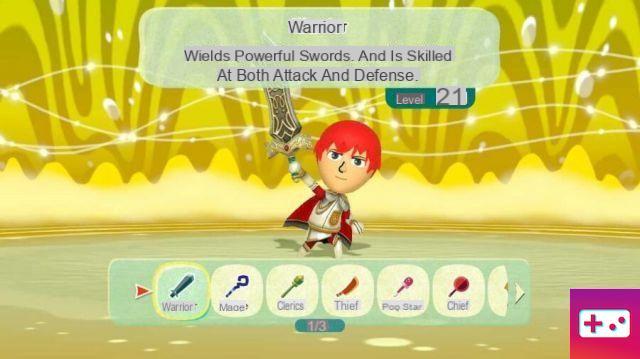 Although there is real tank work in the game, the real tank is the warrior. Their HP is higher than the Tank's and their DEF is about the same. Additionally, Warriors have the highest base ATK of any job in Miitopia. They mostly have solo target skills (some deal double damage), though they get AoE from them later on. 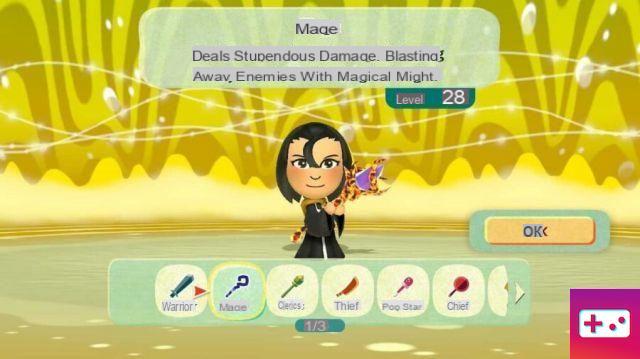 Mages are the best damage dealers in the game, and it doesn't matter if it's against single or multiple targets. They have deadly skills against both. A Mage's MAG stat is the highest of any job in Miitopia, and they are one of the fastest people in the game. 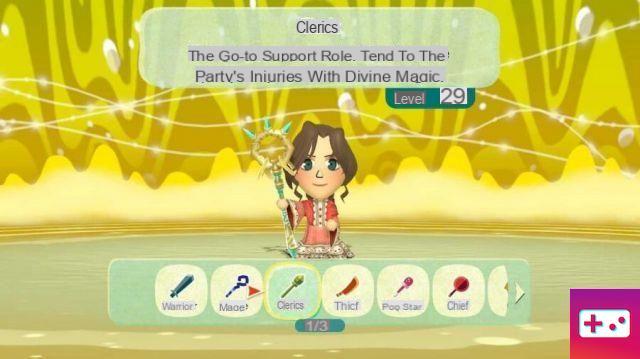 The main role of a cleric is to heal one character at a time. But later they can do some pretty nasty light spells like those that instantly kill monsters and learn a healing skill that restores some HP to your whole party. Few jobs are faster than the Cleric (like the Cat). They also have the only revive skill that doesn't need luck to trigger.


Related: How to Find the Path to Karkaton's Hidden Treasure Chest in Miitopia 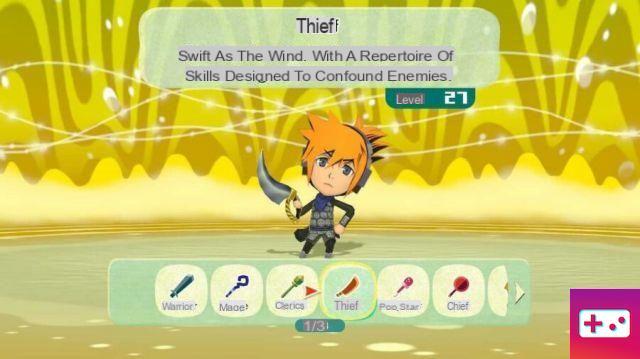 Thieves pride themselves on two things: speed and (self)defense. They have skills that allow them to vanish from the line to attack later and set traps that prevent enemies from hitting them. Additionally, they can steal bananas and candies. A thief's normal attack and most of its skills deal area damage. 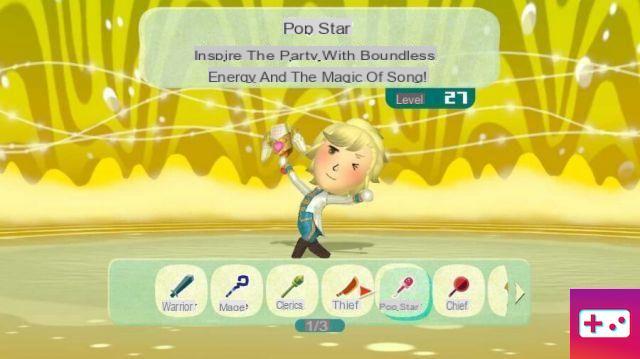 Pop Star is a fan favorite simply because of its usefulness in and out of battle. They can give characters another turn, regenerate party HP/MP, occasionally resurrect an ally, distract an enemy, and most importantly, end feuds. A Pop Star's normal ATK deals area damage. 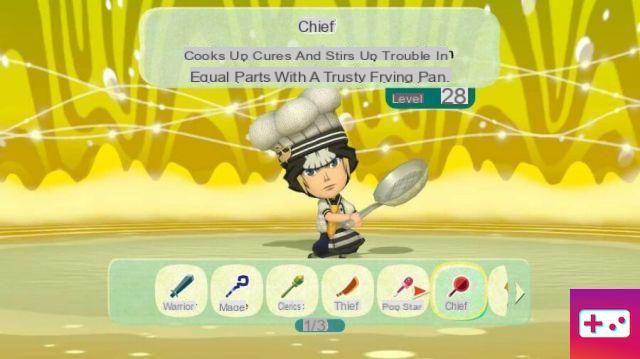 Bosses are slow, but they're the best healers in the game, as they have both solo and party-wide healing skills that regenerate a large amount of HP. If an ally eats a banana, it will automatically increase its effects. Leaders get single-target and AoE attack skills that deal substantial damage later. However, they can cause quarrels. 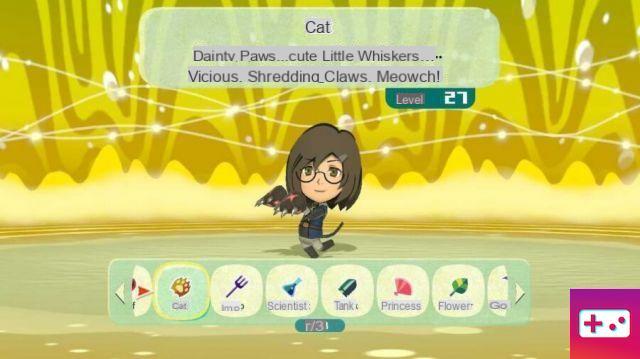 Cats are the fastest characters in Miitopia. They are independent characters, boosting their own ATK and healing their own HP. They can also steal food, which is useful if you're working on stats. Cats are simple damage dealers with the third highest ATK in the game. 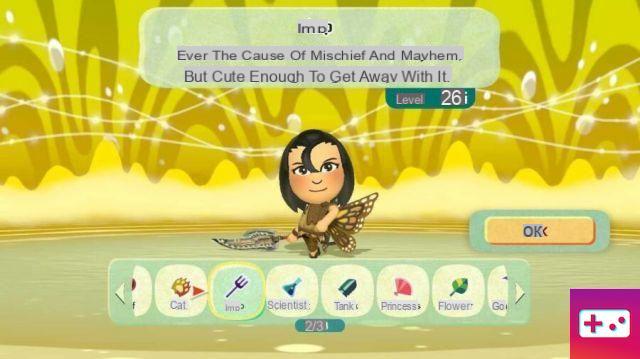 Imps are primarily support characters, lowering enemies' DEF and knocking characters out of status effects. They have a unique skill that allows another character to perform normal ATK instead of their turn. They also have a powerful AoE MAG skill and instant kill spell at higher levels. 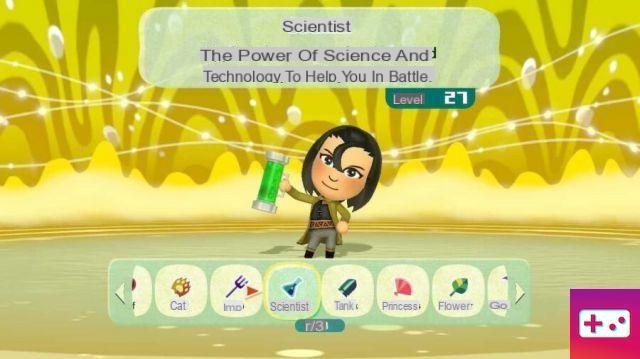 Scientists also act as an AoE damage dealer and support character. They can heal, heal, and protect allies from single-target status effects, as well as automatically restoring an ally's HP when they take damage if you're lucky. Scientists will sometimes turn an ally's normal single target attack into an area move.


Related: What is the max HP and MP Sprinkle upgrade in Miitopia? 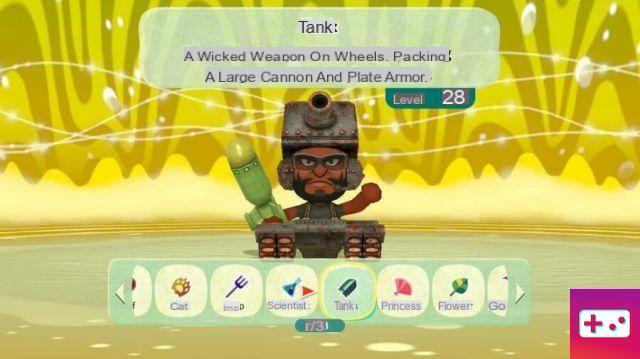 Contrary to their name, the goal of a tank is to inflict as much damage as possible rather than to protect their allies. In fact, many of their skills, while deadly, can cause a lot of feuds. Tanks have a defensive skill, but that's for themselves. After the Warrior, they have the highest ATK stat. 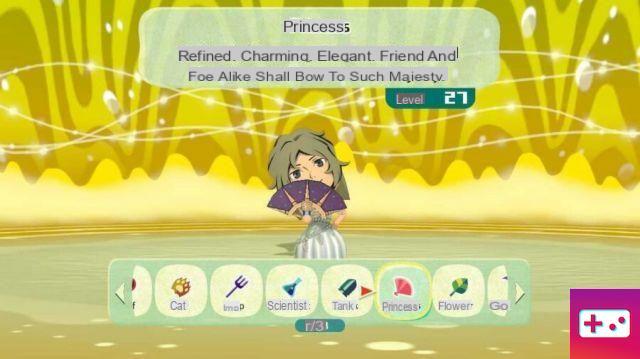 Princesses are good against mobs due to all the abilities that can prevent them from attacking. They can also shield allies from status effects. All of Princess' offensive skills are mostly single-target and MAG related. After Mage and Scientist, their MAG stat is the third highest. 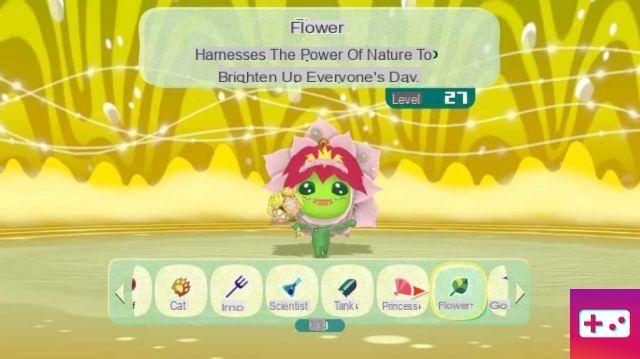 La Fleur is your jack-of-all-trades. They can heal, sometimes revive allies, heal status ailments, deal one-hit MAG damage, and turn an ally into a "savage". A Wild character's actions cannot be controlled, but they do have a double turn. Their normal attack deals AoE damage, though their ATK stat itself isn't very impressive. 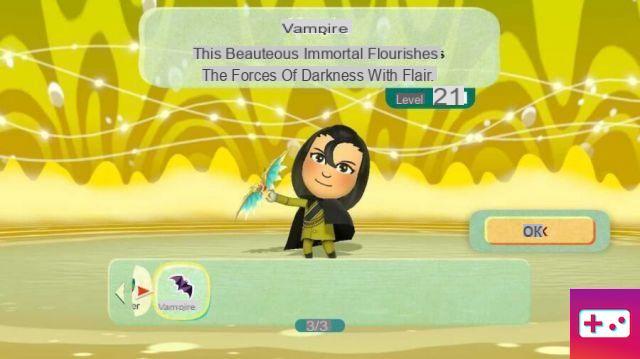 The hidden class of Miitopia. It is unlocked by completing a mid-game quest from the Traveller's Hub. Vampires are useless at low levels, but if you're willing to sit down, you have access to the one job that can infinitely cast auto-revive. Vampires also receive a deadly AoE MAG attack later, and they have the highest base HP in the game.

For more help with Miitopia, we at Tipsforallgames have you covered.

Audio Video All jobs (classes) in Miitopia, explained
All armor and headgear equipment in the game Ready or Not ❯

add a comment of All jobs (classes) in Miitopia, explained