All New Zombie Changes in Call of Duty: Vanguard Season 1.5 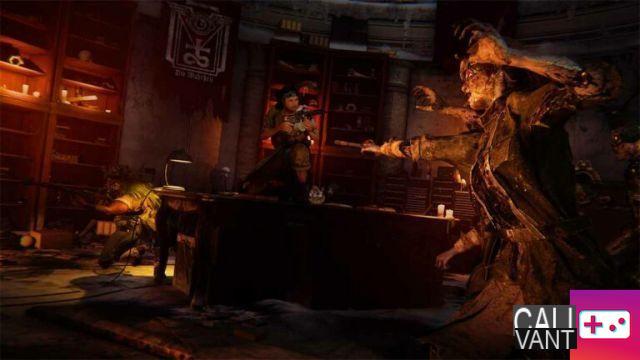 Call of Duty: Vanguard Zombies was a big disappointment for the community. The developers at Treyarch Studios have tried something different by completely ditching the "round-based zombie" formula. However, it didn't work out as they expected.

With the new mid-season update for Call of Duty: Vanguard, the team is bringing back the zombie survival aspect with the goal of the void. The Endless Goal takes place on the fan-favorite Shi No Numa map.

Additionally, a new point of interest called Von List's Office will now be accessible. It is located in Stalingrad and can be explored by players to find out what lies ahead in the Der Anfang storyline.

Related: All the New Multiplayer Changes in Call of Duty: Vanguard Season 1.5

Finally, the Combat Shield and two killstreaks—Warmachine and Deathmachine—can now be acquired in Vanguard Zombies. You can equip killstreaks at the crafting table in Stalingrad. The developers also promised a new story quest, more survival modes, a new Dark Aether entity, a new enemy type, a server pause feature, and more for season two.

For more details, head over to Sledgehammer Games' Season 1.5 patch notes. In addition to the aforementioned changes, other fixes in gameplay and weapon balancing are carried over from Vanguard Multiplayer. This also includes a brand new operator and submachine gun.

Stay tuned to Tipsforallgames for more Call of Duty content. In the meantime, head over to our article on – Worst Weapons in Call of Duty: Warzone Pacific.

add a comment of All New Zombie Changes in Call of Duty: Vanguard Season 1.5