All resources on Lost Island in Ark Survival Evolved

There are all kinds of resources available in Ark: Survival Evolved that help players survive and progress as a civilization or on their own. The Lost Island DLC offers the majority of the same resources as the rest of the game. However, we will go over everything that is available and the best places to fit it. 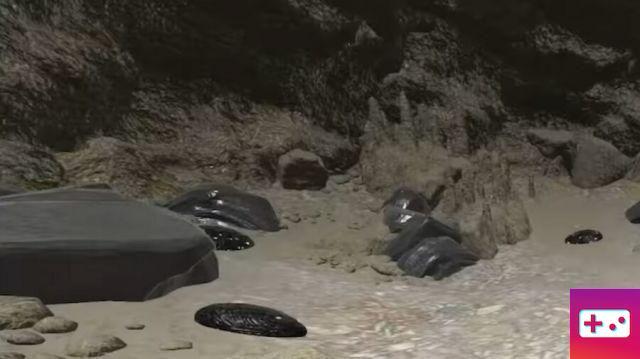 One of the rarest ocean resources are black pearls. These can be harvested from animals like trilobytes, death worms, eurypterids, etc. However, they can also be found in black clams on the ocean floor. They are primarily used to craft Tek-level items, so players won't need this resource right away. 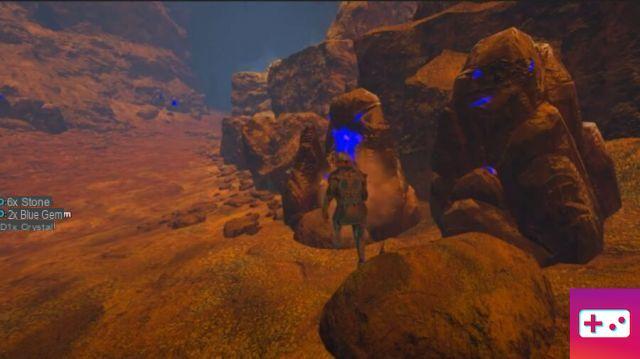 Blue Gems are incredibly rare on the Lost Island. These gems can be used to craft Glider Suits, Hazard Suits, and certain Tek gear. Since these gems are only found on the Aberration map outside of this DLC, players may not even know they are available to them. 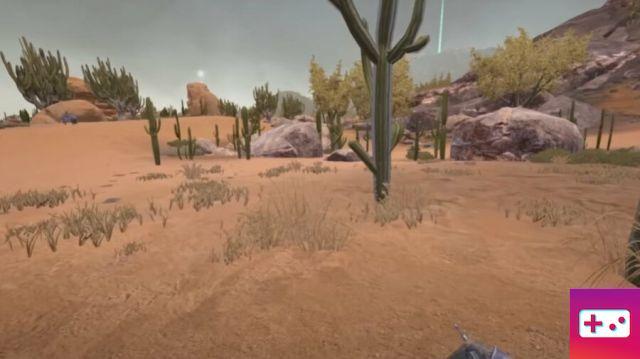 Cactus sap can be collected from cacti in this map's desert biome with just the player's fists. It makes a good alternative to drinking water in these areas, but can also be crafted into food and other resources like cactus broth, clay, and propellant. 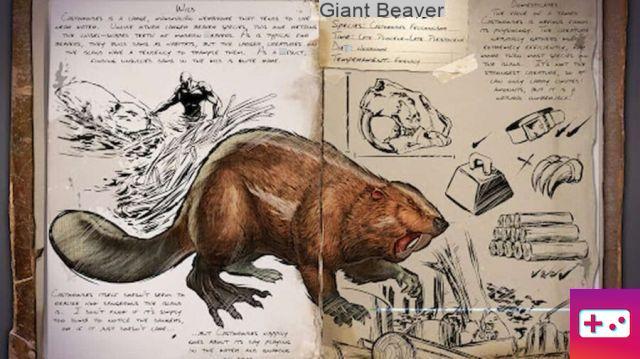 One of the many important resources includes binding agents like cement paste. Although it can be crafted from other resources, it can also be harvested. Harvesting cement paste means players don't have to collect other resources to waste their crafting. One of the easiest ways to find it is to search beaver dams in these locations:

Related: All Artifacts On The Lost Island In Ark Survival Evolved 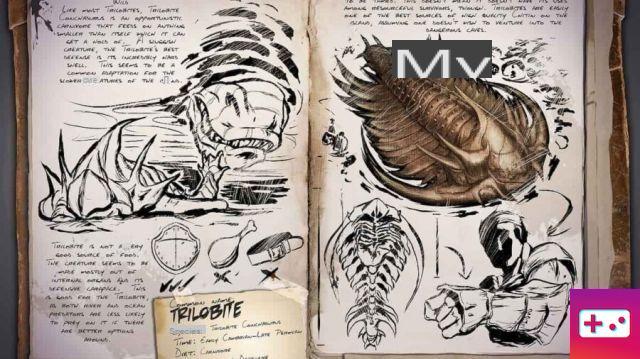 Chitin can be used for several purposes, such as making armor or making cement paste. While not the most valuable resource, once players unlock the engrams to use them, it's well worth seeking out. The only way to collect chitin is to kill creatures that grow it naturally. These creatures include achatina, araneomorphus, arthropleura, dung beetles, dunkleosteus, eurypterid, bugs, Lymantria, mantids, etc. These creatures can be found in places like: 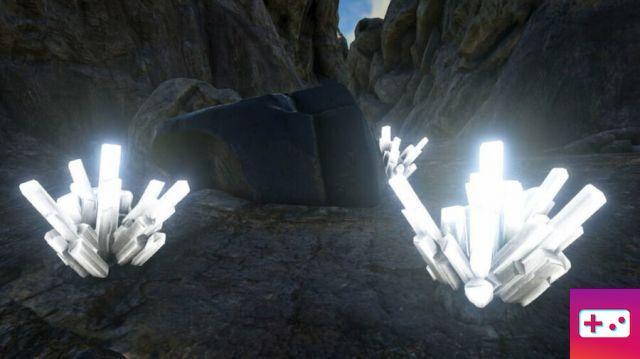 Crystals are one of the more advanced resources, giving players the ability to craft cooling items such as air conditioners and refrigerators. These items are extremely useful in increasing the longevity of the player's food stores and their ability to survive in hotter climates. Some of the best places to find crystals are in these locations. 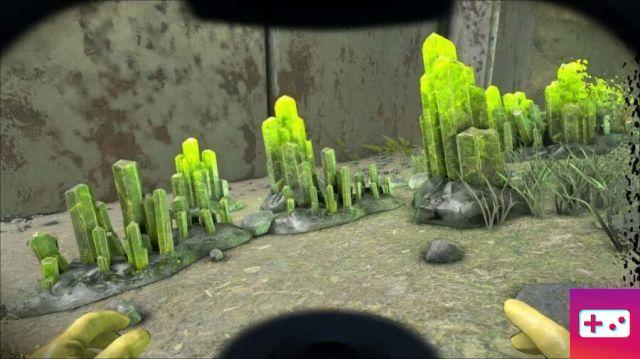 Green and red gems are quite a rare resource in the lost island. Green Gems can be used to craft items like the Climbing Pick, Basilisk Saddle, Glow Stick, and Essence. Red gems create the Charge Lantern, Gas Manifold, and Tek Railgun. However, players can find a few deposits of this gem on the northern side of the map. 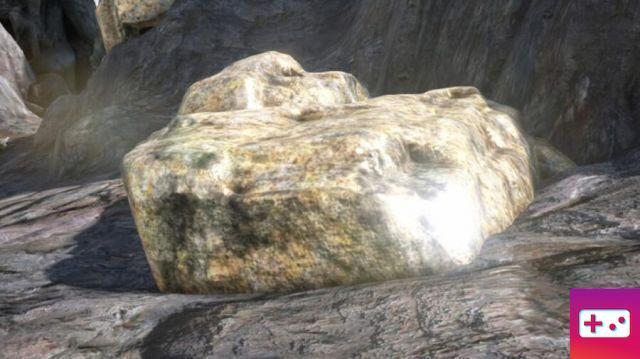 Some of the most common but also most useful resources are those intended to be integrated with something more. Metal, Flint, and Rocks provide players with the means to craft basic weapons, craft poisons, cook food, and more. Some of the best places to find these three items on the Lost Island map are in the mid-north region.

Finally, at the southeast end of the map in the desert area, players can find piles of metal everywhere. Remember that to access this section of the map, players will have to cross a fairly large ocean. This area is therefore more intended for players at the end of the game. 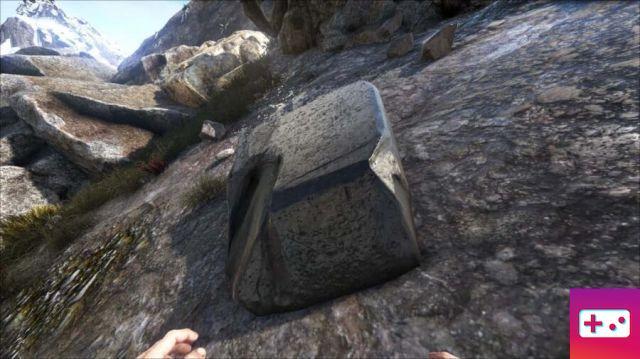 Obsidian is a very rare resource on most Ark: Survival Evolved maps, however, due to its continental volcano, it is a much easier item to find on the Lost Island. There are several deposits of this all around the volcano, but they can also be found in some of the cave systems. It can be used to craft multiple items including the Camera, Obsidian Tools, Cannonballs, Chain Bolas, Geopolymer Cement, Harpoon Launcher and more. 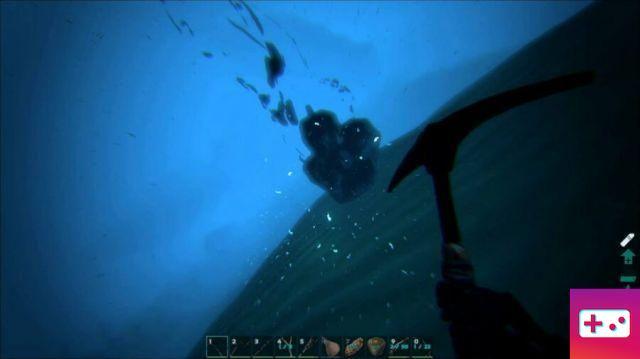 Oil is one of the important materials to seek out in the mid and late game, as it can be turned into Essence and used to craft Industrial Engrams. This resource is mostly found at the bottom of the ocean, so players will need the proper tools to reach this resource in the first place. 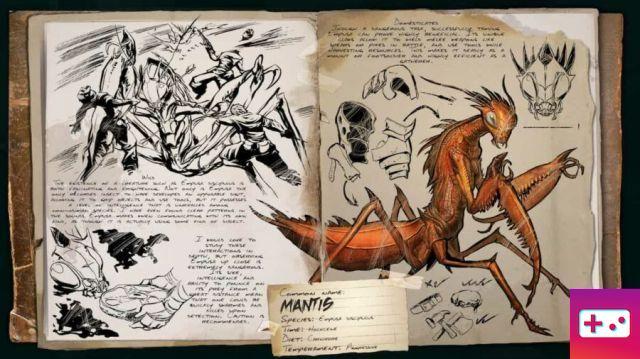 Polymer can be crafted from other resources, however, if players can find and collect the resource organically, it's not wasteful. The easiest way to get this resource is to kill oversized bugs like the Mantis and use a Pet Moschops or Chainsaw to harvest the Polymer. Another great option is to tame a wyvern and use its breath weapon to kill mantids. Players can find mantid or kairuku in many places, such as: 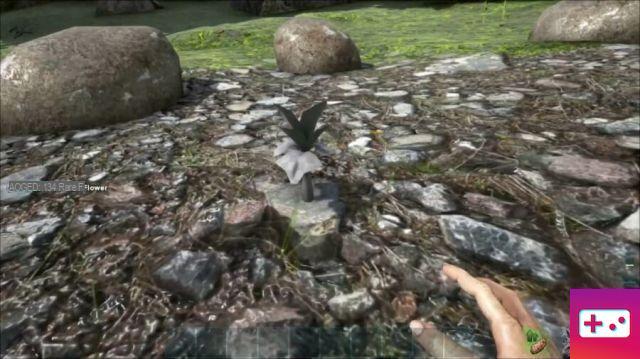 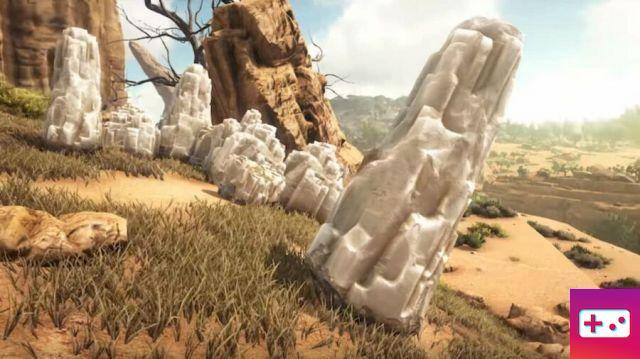 Raw Salt can be mined in large white cubic crystals or in dinosaur bones along a center line from north to south on the map. This dietary mineral is mainly used to prepare better foods like jerky, simple meal, boiled egg, fish stew, gulasch soup, vegetable soup, etc. 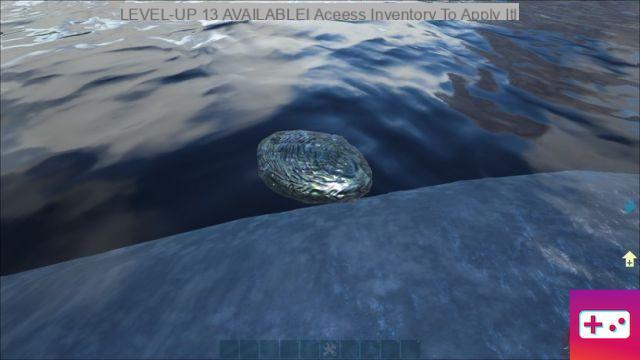 Related: All New Creatures On The Lost Island In Ark Survival Evolved 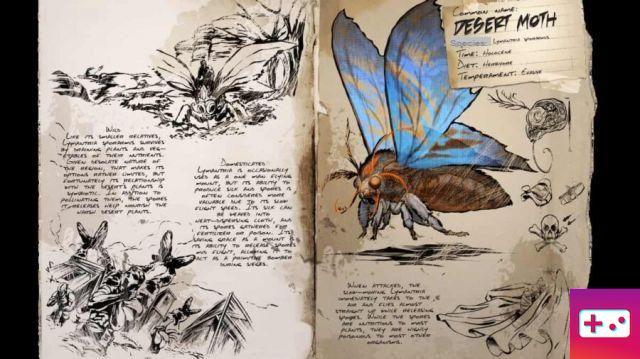 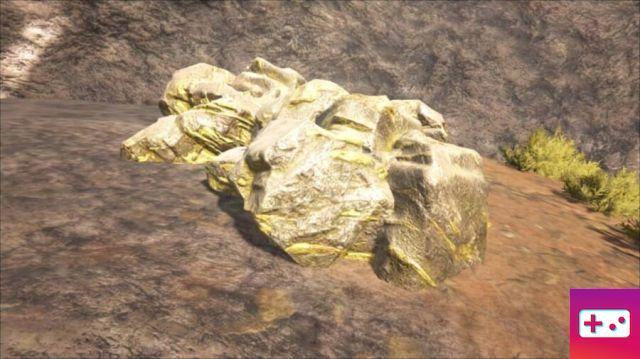 While not incredibly useful for new players, it can become something highly sought after. Sulfur is used to create things like Flamethrower, Preservative Salts, and Propellant. Other uses of this mineral include taming rock elementals and feeding phoenixes once tamed. 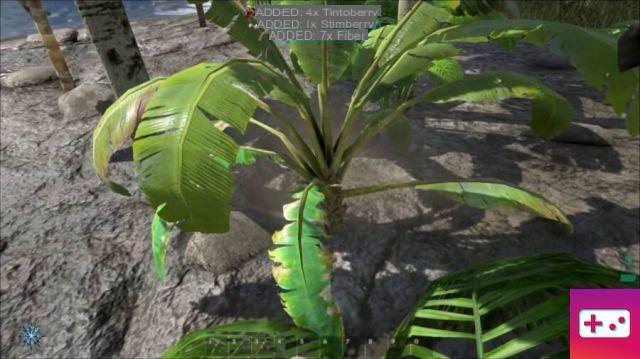 Thatch, Wood, and Fiber are some of the most basic and essential crafting materials at the start of the game. Players can find these materials just about anywhere on the map. It can be taken from bushes, branches on the ground, trees, and cacti across the map with fists, ax, and pickaxe.