The Defender class has high stamina and excels at protecting allies and hampering opponents in Pokémon Unite, and it's gained another tank to launch into battle! Blastoise has arrived, and with this merciless build, it's incredibly difficult to recover or escape in battle.

This build is best used in top or bottom lanes and in a gang fight to do the most damage to the most number of enemies. Hydro Pump and Rapid Spin are great warm-ups for closer Blastoise's Uniting! Check out our list of the best Blastoise Builds in Pokémon Unite. 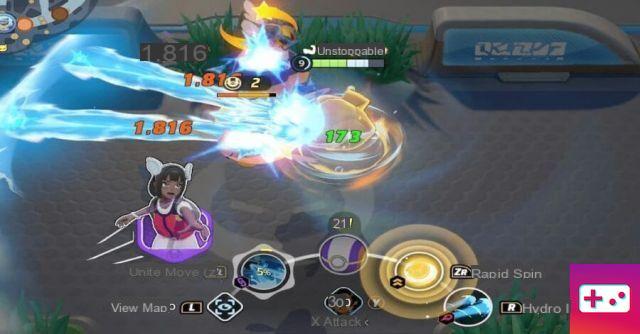 Blastoise's Unite Move, Hydro Typhoon squirts water to attack enemies, while spinning and launching opposing Pokemon in a large area; It does massive damage in large crowds. These abilities and equipped items will help players turn Blastoise into an absolute support tank, with no mercy for enemy Pokemon on the battlefield.

add a comment of Best Blastoise builds in Pokémon Unite