In 2004, Crytek, now known as the creator of the Crysis series, created an all-new title that shocked gamers around the world. It was a sprawling open world, filled with numerous weapons, vehicles, and dangers around every corner. This game was called Far Cry. After its critical success upon release, Ubisoft decided to retain ownership rights.

Now, after many years and many other games, the Far Cry series has become one of the most popular, open-world, FPS adventure games ever released. And now, with the recent release of Far Cry 6, a ranking update for all Far Cry games is in order.

It seemed much more efficient for games at the bottom of the rankings to group these titles together since they all came out around the same time and are separate ports of the same game. Far Cry Instincts: Evolution was an Xbox port and was actually a sequel to the original Instincts. Additionally, Far Cry: Vengeance was specifically a port allowing the Wii to use the Wii Controller and its motion control capabilities in an FPS setting. It's safe to say that these titles were very poorly received and didn't add much to the overall world of Far Cry. 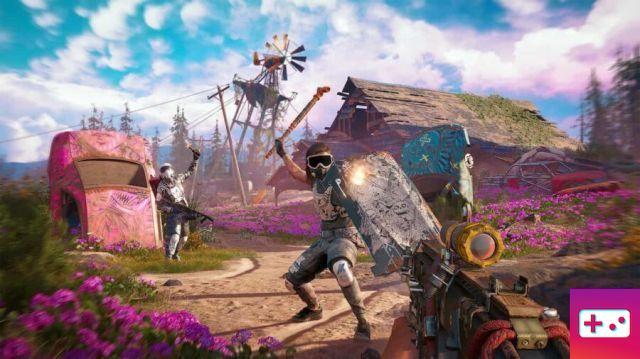 Years after the apocalyptic ending of Far Cry 5, Far Cry: New Dawn was a direct sequel to the fifth installment. Despite its brightly colored aesthetic and environmental changes, the game turned out to be essentially a reskin of Far Cry 5. Additionally, the story was flat, offering no solidly interesting characters or believable villains.

Related: How to fish in Far Cry 6? 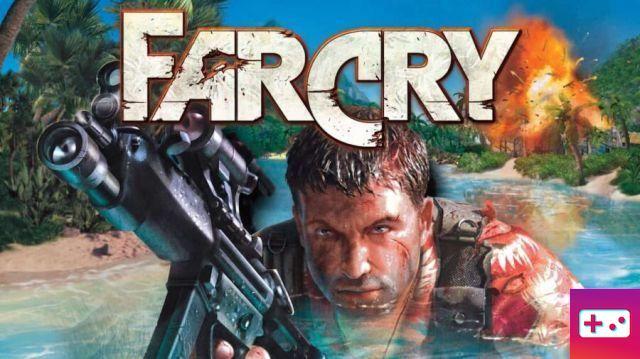 Despite the success of this game upon release, it ranks eighth on this list. But not because it's a bad game (it's still quite fun, actually), but because it doesn't really stand up to the impressive improvements of the latest Far Cry titles. It comes out a bit dated now and can be difficult to pick up. However, it still offers a decent story and started the series and reinvented open-world exploration, so it deserves praise and a slightly higher placement.

While Far Cry Primal was well received upon release, it is overly ambitious gameplay that has rarely paid off for many players, putting this game in a lower ranking. While the decision to steer Far Cry away from its staples like an assortment of weapons and vehicles was a bold one, it ultimately wasn't the most successful decision. This left players wanting a little more than just basic weapon options like bows and clubs and a less demanding need for materials and resources. Coming off the back of Far Cry 3 and 4 made this game feel a bit lackluster. 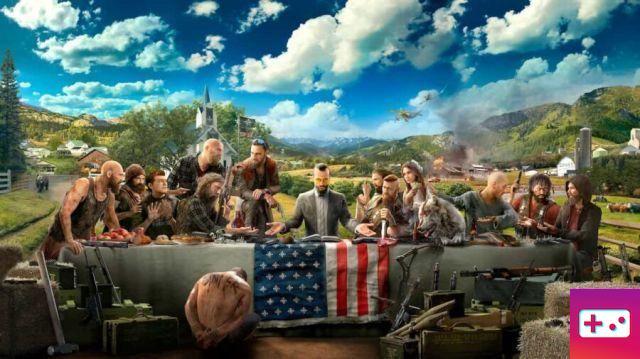 It was the first Far Cry title to bring the franchise back to the United States in a fictional world closely resembling Montana. You play as a rookie cop caught in the middle of a turf war between the townspeople and an ever-encroaching religious cult led by a charismatic yet terrifying cult leader and his siblings. While the environment was vast and beautiful, the story was a little halfway there, so to speak, with the ending being a little underwhelming for most who played it. 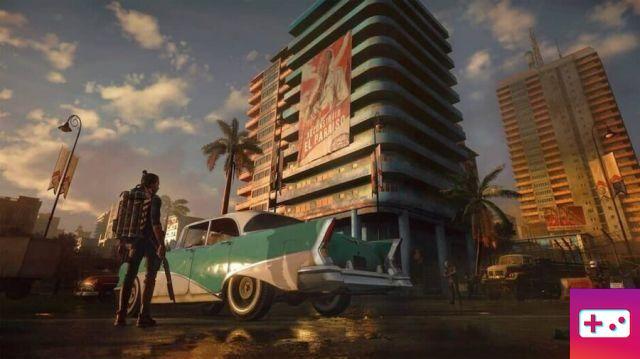 Even though this game was just released, it quickly became one of the most enjoyable Far Crys to date. It may not be like previous Far Cry titles, but it carried over from Far Cry 5 and improved many of its issues. The Amigo system is fun and can be a great help in the field. Additionally, traversing the world is easier to call a vehicle to your location, making the large map less intimidating.

Even more, this is the first Far Cry where enemies won't just attack you when you get close. If you keep your gun holstered, they leave you alone. Add in a fantastic but terrifying villain like Anton Castillo (played by Giancarlo Esposito), and the game is certainly self-contained.

Related: How to Get All Amigos in Far Cry 6 - All Locations 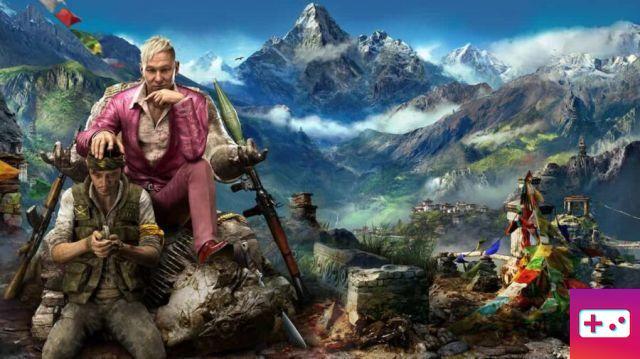 After the success of Far Cry 3, the fourth installment had quite the shoes to fill. And fill in, he most certainly did. Set in a fictional mountainous region closely resembling that of Nepal or India, this game showcased the best of the best for Far Cry. The story was very well done by forcing the player to constantly make choices, and it was the first to use the on-road driving system, allowing players to fully focus on combat on the move, and it has the one of the best villains in the franchise. Pagan Min was as ruthless as he was interesting, played by the ever talented voice actor, Troy Baker. 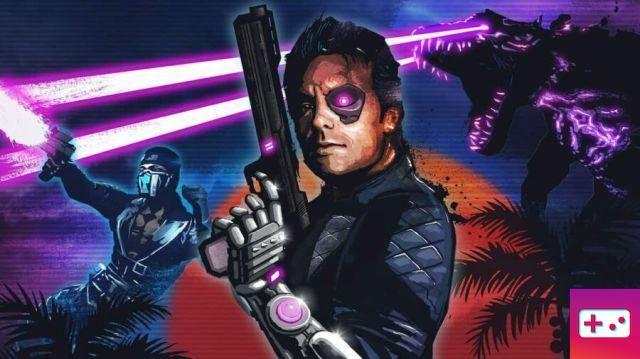 Like the spin-offs of Far Cry: Instincts, Blood Dragon was a spin-off of the hugely popular game Far Cry 3. And just like its predecessor, it also became one of the most popular Far Cry games. This weird and wacky game is based on retro sci-fi shooters, with most of its content parodying 80s music, entertainment and culture. memorable from the Far Cry franchise. 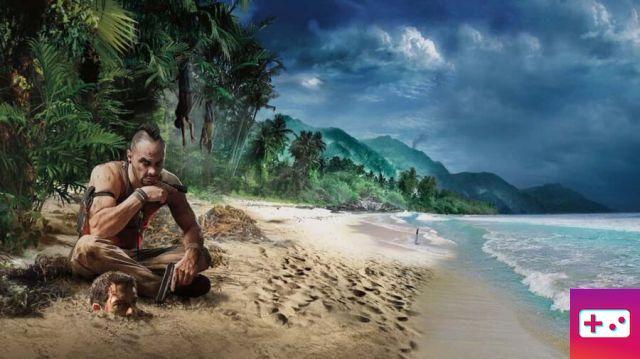 What more can we say about this absolute fan favourite? Far Cry 3 remains the most successful title in the series and is the true starting point for the rest of the franchise. This began the classic map clearing of outposts and radio towers, hunting and gathering resources for upgrades, and a much better stealth system. And who could forget Vaas? It was this psychopathic yet entertaining villain who started a long line of iconic Far Cry antagonists. The story is good, the gameplay is good and the environment is good. So why isn't Far Cry 3 number one on this list? 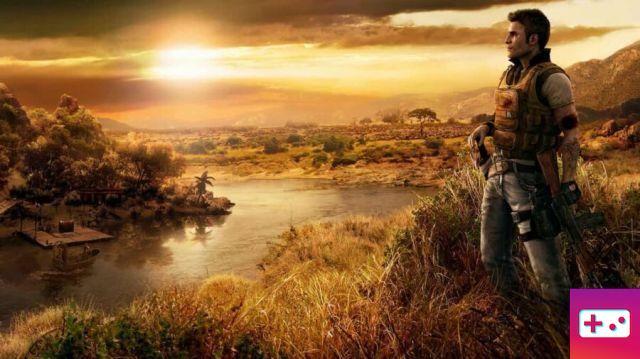 As far as Far Cry games go, this one has a very mixed review. A lot of people love it, and a lot of people hate it. And for good reason too. By far, this is the most difficult Far Cry game Ubisoft has ever made. You are in a very empty and arid environment; just about everyone you meet wants to kill you. Your weapons degrade over time and a very ahead of its time environmental mechanic causes fire to spread very quickly, usually destroying nearby resources and vehicles.

It can leave you stuck in the middle of nowhere with just a map and a GPS device. This game can be challenging, but it has inspired players to take a more gritty and realistic approach to combat and traversal. It got you thinking. It was difficult but rewarding. And to this day, it's probably one of the most immersive Far Cry games. It definitely takes the top spot on this list for its unique take on FPS games.