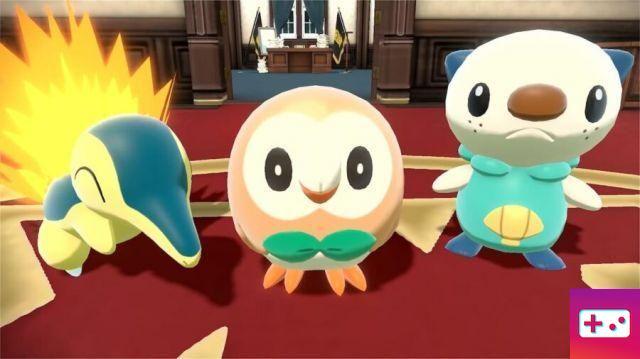 Choosing Pokémon starters is always a challenge, especially in Pokémon Legends: Arceus. After all, Cyndaquil, Oshawott, and Rowlet are generation favorites for a reason, and making you choose between all three is a crime.

If we're talking about the best starter - objectively - then it has to be Cyndaquil. Typholosion, its latest evolutionary line, has the highest base speed and special attack among the three. In fact, Samurot and Decidueye are tied with 70 speed.

Additionally, the Pokémon Legends: Arceus trailers have shown that the faster a Pokémon is, the more tricks it will have. For this reason, typholosion has the natural advantage.

In a non-Pokémon Legends game, however, Rowlet might have had the edge due to her utility and Decidueye's unique ghost grab. After all, Typholosion and Samurot are blocked with Fire and Water typing respectively, which means Decidueye can learn the most moves between the three.

However, as mentioned, Cyndaquil, Oshawott and Rowlet are all fan favorites. None of them are flimsy and all have a good move pool. They are also well designed. You can choose any Pokemon as a starter and become a successful trainer.

For more help with Pokémon Legends: Arceus, we at Tipsforallgames have you covered.

add a comment of Best starter to choose in Pokémon Legends: Arceus