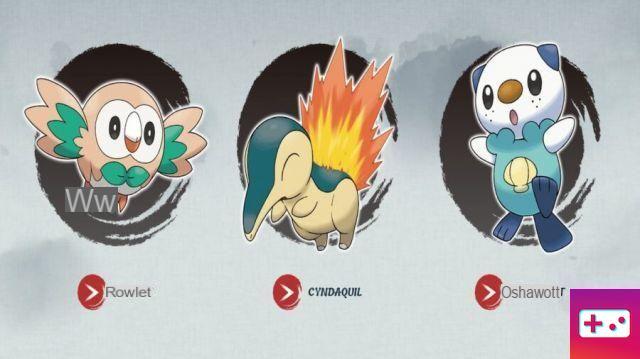 Pokémon Legends: Arceus is the latest entry in the Pokémon series and takes a different approach to gameplay and style. What remains true is the Pokémon, and every trainer's first decision is to choose the starting Pokémon.

Related: What does "arceus" mean? Origin of the name of Pokémon Legends Arceus

Oshawott is a Water-type Pokémon with a fairly even Attack and Special Attack. This makes it somewhat unpredictable as you can focus on either form of attack. This makes the best nature for Oshawott the inflexible or modest nature. Adamant will increase his attack while Modest will increase his special attack. Choose the nature you prefer to focus on.

Rowlet is a Grass-type Pokémon with a fairly equal Attack and Special Attack and good Special Defense. This makes it an offensive or defensive Pokémon. The best nature for Rowlet is either the calm or shy nature. Timid increases his speed, allowing him to fire the first shot more reliably. Calm will increase his special defense to survive more hits. Your choice will reflect how you want to use Rowlet.