Daymare 1998 review: A gruesome blast from the past

Daymare 1998 was originally intended to be a remake of Resident Evil 2. A love letter to the classic horror-survival game, Daymare 1998 sought to recreate the horror, tension, and thrill that came with the Capcom classic.

Unsurprisingly, Capcom shut down the game as they were working on their own iteration of their classic game, the RE2 Remake. But that didn't stop developer Invader Studios from channeling their passion into the Daymare 1998 we have today.

Much like the zombies that threaten its world, the console version of Daymare 1998 is a slow, ugly take on the Resident Evil formula.

Daymare 1998 review: A gruesome blast from the past 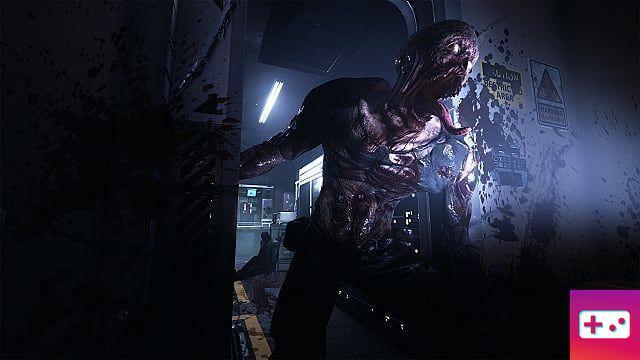 Daymare 1998 takes place from the perspective of multiple protagonists after a lab incident infects a local town with a deadly virus. Of course, the virus turns the townspeople into vicious monsters. The game's three characters have their own motivations and goals for dealing with this crisis, with some being better than others, though all are plagued by poor writing and lackluster voice acting.

The first of these characters is Liev, a special agent assigned to deal with this mess first. After Liev, Daymare 1998 starts off remarkably weak, introducing you to a protagonist who is hateful, brutal, and difficult to understand. Starting with one of the least written characters in the game undoubtedly provides a roadblock to some of Daymare 1998's best moments beyond the opening level.

Then there's Raven, who somewhat holds the middle ground between the three characters. Although Revan is still difficult to understand, his sections at least come later in the story, once the player has been able to invest more in the story. Revan's sections are some of Daymare's best moments.

However, Samuel, a ranger who is the most grounded and whacked of the protagonists of in-game events, is perhaps the best.

One of the most striking parts of Samuel's personality is that he suffers from an illness that affects his mental state. Without his medication, Samuel is prone to hallucinations (diagnosed as "Daymare Syndrome"). It creates some of the most intense and gory moments in the game, when you wonder what is fact or fiction. 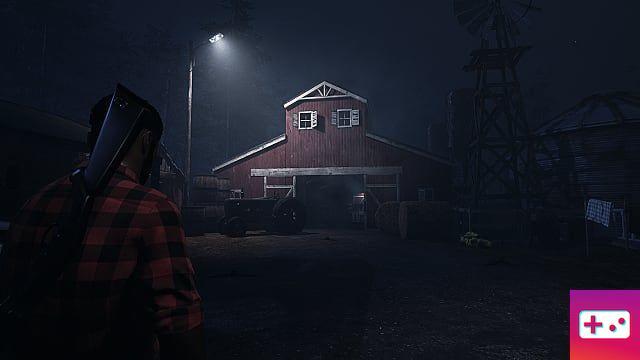 The plot of Daymare 1998 builds momentum as events accelerate towards their conclusion, and how these narratives intertwine is one of the game's charms. of Resident Evil without any self-awareness.

Although the plot can do very little to capture his attention, the atmosphere will undoubtedly be under your skin. If there's one thing Invader Studios has achieved, it's the tone of the games Daymare makes its way through. It doesn't have a real identity of its own, but the passion for horror games of yesteryear shines through the cracks. Added to this are the scattered notes that further flesh out the world, as every corner lurks with untold horror and ridiculous puzzles that must be solved in order to move forward.

The main problem with Daymare 1998 is a vision that far exceeds the budget in hand. The dark, gritty art style is made worse by the character models that resemble 1980s action figures. It's unfortunate that by its console release, two Resident Evil remakes have hit the market, which shows just how much life the kind still has in his undead body.

Compared to its PC counterpart, the console version of Daymare 1998 feels extremely rough and underpowered. The PC version is capable of 60 frames per second, while the console version is locked at 30. While a higher frame rate isn't necessary to enjoy a game, it does help render games that lack less brilliant high-fidelity graphics.

Not to mention a higher refresh rate, combat is much smoother. 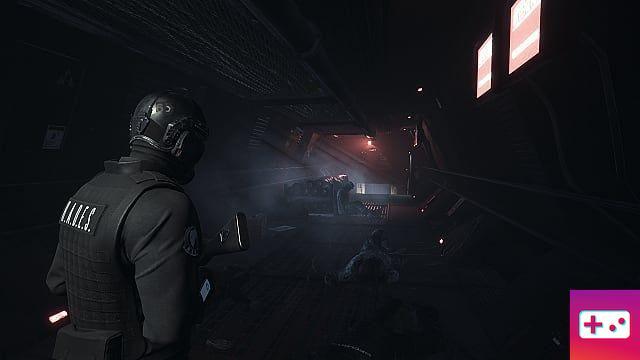 There is also a wide range of bugs and technical issues plaguing Daymare 1998, perhaps far more than the virus itself. Detecting hits on enemies can be guesswork as bullets can seemingly pass through them, audio mix balance can fluctuate, and on more than one occasion, game-breaking issues are common.

One such glitch saw me slide into an enemy spawn area where I was greeted with a developer message. Obviously, this is not intended for gamers.

It would be easy to get past these issues which can be fixed with a patch or two if the overall gameplay was engaging enough. The problem is that this is not the case. Combat in Daymare 1998 ranges from fair to downright terrible. Coming into contact with normal enemies causes some of the tension the genre is known for, but add in all the advanced enemy types and the clunky feel of Daymare 1998 gives it an ugly head.

Soon enough, stronger enemy types are introduced that ruin any sense of tension as they become mere bullet sponges. Instead, these hulking beasts become tedious and a way to waste all your precious ammo. For a game that prides itself on embracing the horror roots of survival and item management, having enemies so powerful quite often ruins the momentum and sends you out of the horror in a mindless rage.

To make matters worse, an incredibly irritating and unnecessary reloading system is in play. While some guns can be reloaded instantly, others must first reload their magazine before being reloaded into the gun itself. This means constant item management which is a perpetual nuisance. Instead of dialing up the horror, it just gets in the way. 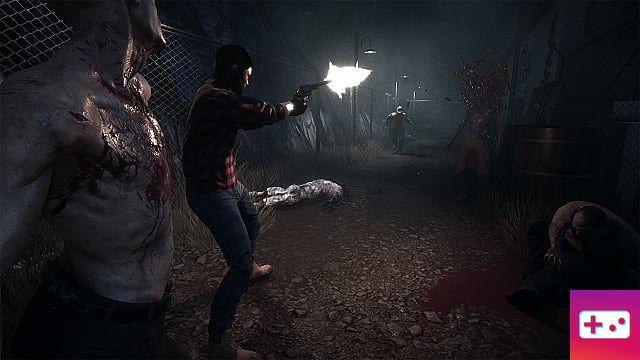 You can alternate between slow or fast reloading. Unsurprisingly, the slow reload is done at reduced speed, but you keep your magazine. Using a fast reload will reload your weapon, but you will drop your magazine and have to pick it up again.

It is possible to reload weapons directly from the inventory management menu, but you always wonder "Why?". Incorporating this system into the game adds an unnecessary hurdle and creates multiple aggravating situations where you will have to fumble with the inventory system in the middle of a fight where you get attacked from all corners.

It doesn't help that the inventory menu is slower to respond than other games in the genre.

Daymare 1998's level of design is also a mixed bag, varying from linear affairs to more open environments that are far more engaging. At first, the story remains fairly linear, showing no respect for exploration. When you finally get to Samuel, you'll be greeted by a more open level design, fulfilling multiple objectives at different levels.

One thing that Daymare 1998 absolutely nails, however, is its puzzles, perhaps more so than the Resident Evil reworks. The puzzles here can be extremely challenging yet rewarding. Some puzzles, like the one involving Greek symbols, can be tricky to solve, but persistence and patience are some of the best parts of Daymare 1998. 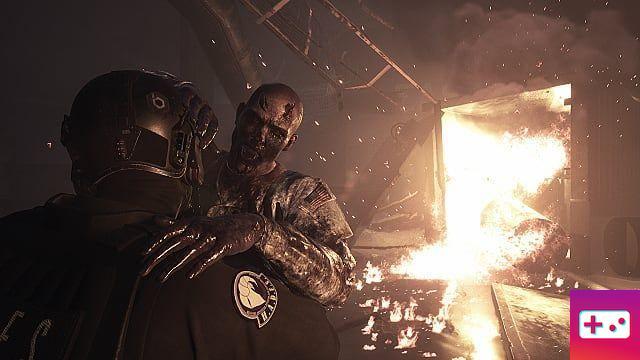 Daymare 1998 is a perfect example of big ideas poorly executed. Despite the constant missteps that hold back multiple generations of consoles, there are undoubtedly elements of charm here and there. Switching between two playing styles, Daymare 1998 never conveys a consistent message with what it's trying to achieve. When it works, it's pure nightmarish fun, but when it doesn't, it feels like a grossly missed opportunity.

Strong puzzles and atmosphere aren't enough to save a game riddled with bugs, weak design choices, and sluggish controls. Much like the monsters you slayed, Daymare 1998 is best left dead when the original concept is still going strong with contemporary remakes.

(Note: A copy of Daymare 1998 was provided by Invader Studios for the purposes of this review.)

add a comment of Daymare 1998 review: A gruesome blast from the past