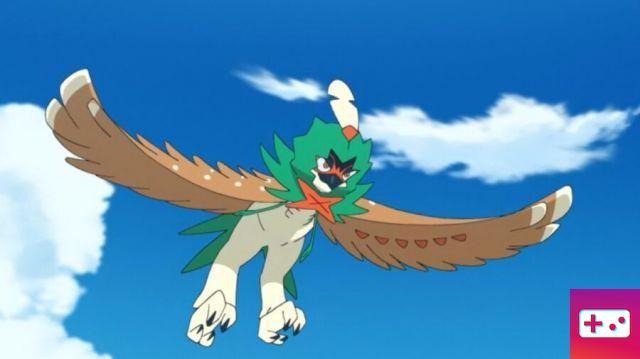 Pokémon Legends: Arceus is the latest entry in the long-running Pokémon franchise, which promises to deviate from the traditional franchise formula. Players will now explore the famous region of Hisui in a time long gone. The Hisui region features new forms for several familiar Pokémon from the franchise, and the most recent leaks suggest the starters have new forms as well. While the final new evolutions of Hisui's starters deviate from the original designs, supposedly shiny variants honor the original design, including Decidueye.

Be advised: The following article features leaked images and spoilers from Pokémon Legends: Arceus. Proceed with caution and keep in mind that all information disclosed here is likely to differ from the game's official release on January 28, 2022.

While the most recent variant of Decidueye wields yellow, red, and brown feathers, the shiny form's color pattern is almost identical to that of the original Alolan Decidueye. The design may differ, but it's clear that the inspiration came from the first form of this popular owl Pokemon. You can find an image of the Hisuian Decidueye below.

The new Decidueye is said to be a Grass/Fighting type instead of the Grass/Ghost of Alola combination, offering a substantial change in how this partner Pokémon will perform in battle.

For more on Pokemon Legends Arceus, be sure to check out some of our other articles here on Tipsforallgames, like Are there trainer encounters in Pokemon Legends: Arceus?