Everything announced at The Game Awards 2021 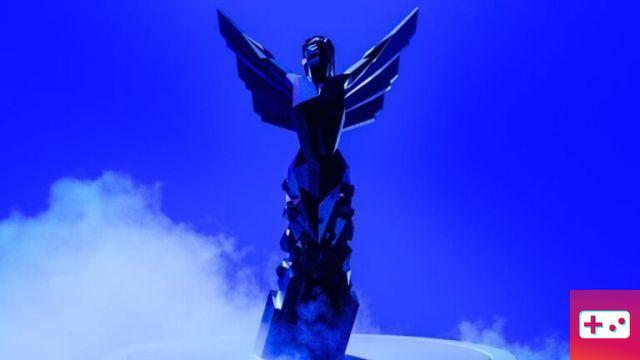 The Game Awards were not only great to watch, but they also provided announcements for some major releases coming in a year or two. Some were release dates for games we were already looking forward to, and others are brand new titles to get excited about!

Keanu Reeves has made a glorious return to the gaming scene alongside Carrie-Anne Moss to unveil a new game! The Matrix Awakens: An Unreal Engine 5 Experience is available now for free on PS5 and Xbox Series X/S!

It's in anticipation of the release of the latest Matrix movie, but it was still great to see actor Johnny Silverhand back among the gaming crowd!

If you were starting to experience withdrawal symptoms from your Star Wars game collection, fear no more! Star Wars: Eclipse is the announced new installment which is a collaboration between Lucasfilm Games and Quantic Dream (who made Heavy Rain, Beyond: Two Souls and Detroit: Become Human).

Just like Quantic's other games, this title will also be a "multi-character narrative game", which means we can expect Detroit: Become Human but in the world of Star Wars! It is in early development but will definitely be one to watch.

Remedy fans were excited when Alan Wake was remastered this past quarter, but it's been revealed that the story doesn't end there! Alan Wake 2 is in production.

Remedy's Sam Lake said the game is a "pretty scary experience", which means if you take the original Alan Wake and dial it up a notch with those Energizer batteries, you're probably in for a scary time. …but in a good way.

It's been announced that Wonder Woman will finally have her turn in the games spotlight. WB Games (Warner Brothers) gave us a trailer for the game which is made by Middle-earth: Shadow of Mordor and Shadow of War's Monolith Productions.

There was no release date for this one but it is definitely in the works.

Rocksteady Studios, makers of the Batman Arkham games are back with a Suicide Squad title. Suicide Squad: Kill the Justice League will have you playing as Harley Quinn, Captain Boomerang, King Shark and Deadshot so you can wreak havoc on these benefactors!

The release date was not exact, but the game will arrive in 2022.

Have you ever wondered how things could have turned out differently during the French Revolution? Steelrising will give you the chance to experience exactly that. A new trailer was presented to him at the Game Awards representing King Louis XVI with an army of robots! Exciting stuff.

Related: When Is Steelrising Coming Out?

Years ago, a Halo movie tried to get it off the ground but never quite got off the ground. Now, Master Chief finally comes to life in the live-action Halo series coming to Paramount+.

Orange's Pablo Schreiber is the new black and Weeds will take on the role of the 8-foot leader.

The show will air on the Paramount streaming service in 2022.

We just learned that Senua's story isn't over! The gameplay trailer for Hellblade 2 has been revealed which showed Senua leading a charge against a giant while overcoming voices from the first game.

Ninja Theory's game is highly anticipated due to the success of the original Hellblade, but does not yet have a release date.

Forspoken is an upcoming title from Square Enix. It includes their proven magic formula, but also elements of parkour.

This is the one you can put in your calendars because its release is scheduled for May 24, 2022.

Among the brand new reveals, we also saw a new gameplay trailer for the new Horizon game. It's still so impressive!

Lace up your running shoes for a new Sonic game. Frontiers is going to be an “Open-Zone” adventure. The only thing we currently know is that this one will take place in the Starfall Islands, but we'll let you know when we know more!

Its release is scheduled for the holiday season of 2022.

Sonic the Hedgehog 2: The Movie

If you liked the Sonic movie released in 2020, you'll be happy to know there's a second one coming. This one also has Knuckles and Tails (formerly known as Miles “Tails” Prower) in the mix! He was introduced to TGA by Jim Carrey and Ben Schwartz.

Cuphead is finally getting its final bit of gameplay with the upcoming The Delicious Last Course DLC. Players will be able to traverse Inkwell Island and play as a new character called Madame Chalice!

For Trekkies, TGA has a nice surprise in store when former Telltale Games staff from the new Dramatic Lab revealed a new Star Trek game. The resurgence will take place shortly after Star Trek: The Next Generation airs, which means fans of the series will be able to experience the plot of the series!

The Expanse: A Revealing Series

Telltale Games has also appeared with a new game that will be the prequel to The Expanse TV series. Deck Nine of Life is Strange: Before the Storm and True Colors will also collaborate on it.

Get ready to go beyond the belt and play drummer Camina de Cara Gee!

A Plague Tale: Innocence was a well-received game from 2019, and luckily we can continue the adventure with the French siblings. A Plague Tale: Requiem lets us pick up Amicia and Hugo's story shortly after the end of the first game.

Players can expect to continue the narrative in 2022.

The books were a big hit, and they even had a movie made based on them, but now it's time for an in-game adaptation! Popular novel Dune dips its toes into the world of gaming with Spice Wars made by Shiro Games.

Among Us took the world by storm in 2020, and now it's set its sights on the world of VR. Although a release date is not yet known, it will be coming to PlayStation VR, Steam, and MetaQuest 2.

Related: When is Among Us VR coming out?

The new Saints Row got another look at TGA by showcasing a new gameplay trailer. Previous players will be used to all the shenanigans they can cause, but the reboot definitely takes on the heightened chaos as a challenge!

Inflexion Games has created a new survival crafting game set in the Victorian era. The development team, made up of former Bioware employees, worked on this fantastic first-person fighting game and said it should be released on PC in 2022.

Tiny Tina's Wonderlands is one of the games on this list that we can expect relatively soon. At The Game Awards, another trailer was shown, which made us all the more excited for its adventures!

Smilegate has revealed that its next first-person shooter will be released in the first quarter. CrossfireX will be a single-player campaign game developed by Remedy, the same studio behind Alan Wake and Control.

Monster Hunter Rise got the DLC treatment with Sunbreak's announcement. Footage has been shown to TGA that has revealed a new monster, hub city, and new NPCs to know about on your quest!

Final Fantasy VII Intergrade will be welcomed on PC in no time! It originally released in May 2021 and was meant to be a PS5 exclusive for six months. Now that time has passed, Intergrade will be available on the Epic Games Store on December 16, 2021.

Dying Light 2 will hit our screens soon after a bit of a wait. At TGA, a new trailer was shown, demonstrating the terrifying new environment that is full of infected just waiting to be bludgeoned.

You will be able to continue the parkour-oriented zombie adventure on February 4, 2022.

Looking for a new Battle Royale title to add to your collection? So you're probably looking forward to Rumbleverse. Be one of the 40 players who enter a map and face them in melee! As is the case with battle royale games, the last one standing wins.

You will also be in safe hands as this one is made by Iron Galaxy and Epic Games.

Related: What Is The RUMBLEVERSE Release Date?

Focus Home Interactive and Saber Interactive have announced that after a decade-long hiatus, Warhammer Space Marine is back with its second entry. Titus returns as Captain of the Ultramarines, and a new storyline will unfold for players to experience.

You may have noticed that Destiny 2 is disappearing from Game Pass for now. This is due to an Anniversary Edition, as well as new DLC coming in 2022. The Witch Queen trailer premiered at TGA and will no doubt be an exciting add-on for fans of the series!

Tunic is an isometric action game that has finally received a release date. Play as a fox in an adoring Zelda-like game!

add a comment of Everything announced at The Game Awards 2021