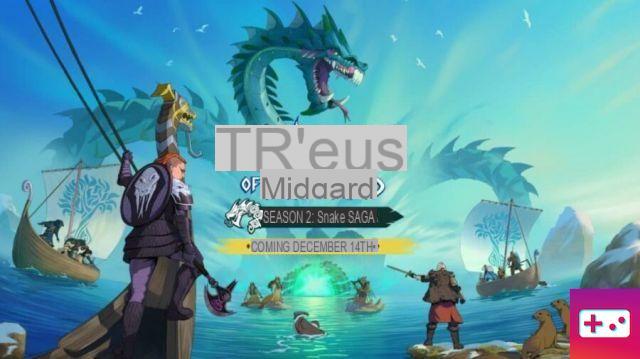 Tribes of Midgard Serpent Saga update added a ton of new features and content to the game. Some of the features that players can find and experience are new saga quests, new saga boss and even new types of enemies.

The Serpent Saga update for Tribes of Midgard also added a ton of new items. These items range from armor sets, runes, starter kits. A brand new armor perk system and a shipyard building have also been added.

The Shipyard allows players to build new ships to explore a new ocean biome, while the Armor Perks system will allow players to add perks to their armor. That said, check out the patch notes below to learn more about everything the Serpent Saga update added.

New boss of the saga: Jörmungandr

New creature: Selkie (not so cute)

New creature: Pitgrim (not so cute either)