Author and references
Your objective is to kill as many people as possible from the start of the game by landing at Tilted Towers, but you always get killed because you don't have enough weapons to fight? Are you also looking for chests to complete a challenge? No problem, we've given you the exact locations of chests all over town! 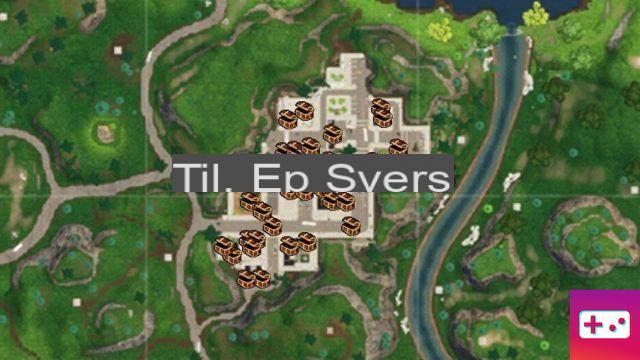 Tilted Towers, city ​​added after the creation of the game, continues to be filled with each game. Rare are the games in which less than ten players land there. Indeed, the popularity of this city does not weaken. This can be explained in a fairly simple way since the players in search of level come to this city to improve, while the confirmed players come to try to achieve a maximum of eliminations from the start of the game.

add a comment of Fortnite: all Tilted Towers chests!