Fortnite Blaster Rifle, How To Get It, Deal Damage & Eliminate Opponents

Author and references
With the arrival of Star Wars challenges in Fortnite, you will be asked to find a Blaster Rifle, then inflict damage, but also eliminate opponents. We bring you all the tips and things to know in our article.

How to get the Blaster Rifle in Fortnite?

Unlike the lightsaber, which can be found in chests, this one can only be found in very specific places, namely at a TIE fighter crash site, five in number. On site, you will find Stormtrooper, who will have to be eliminated to recover their weapons. However, it is also possible to recover a Fusil blaster on an enemy, but it turns out to be slightly more complicated since it will have to be killed. 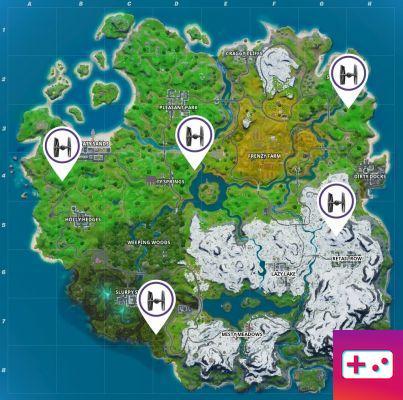 Deal damage and eliminate opponents with the Blaster Rifle

The handling of the weapon is a little simpler, only the method of loading differs from most of the weapons available in Fortnite. The fire key will, of course, be used to inflict damage. After a burst of several dozen shots, you will see that the weapon overheats and is unusable. You only have to wait a few seconds to resume normal use.
Audio Video Fortnite Blaster Rifle, How To Get It, Deal Damage & Eliminate Opponents
FUT 22 - Solution DCE - Alexandre Pato Flashback ❯

add a comment of Fortnite Blaster Rifle, How To Get It, Deal Damage & Eliminate Opponents