Fortnite: Blockbuster Challenge, week 6, the star is in Greasy Groove!

Author and references
Once the challenges for week 6 have been validated, players will be able to collect a new star for their Blockbuster challenge, which this time is in the southwest of the map. Indeed, every week the developers of Fortnite integrate a new image on the loading screen in which a clue is placed in order to collect an additional star. This star is only available to players who have purchased the Battle Pass for this season 4 and who have also validated at least four challenges of the week to be able to collect it.

While last week players had to go to the head of the crab located around Moisty Mire, this time they will have to go in the center of Greasy Groove and more precisely near the blue house. As you can see in the image, the ice cream truck has disappeared to make way for another truck which has a fork and a knife on its roof. It is moreover on the roof you will have to go to collect this precious star. 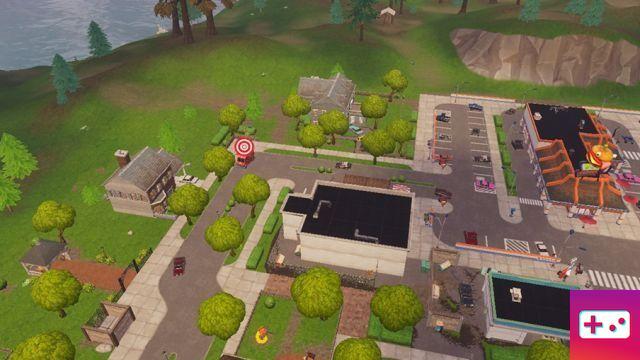 add a comment of Fortnite: Blockbuster Challenge, week 6, the star is in Greasy Groove!