Fortnite: Challenge week 10 stage 1: Get at least 5 points at the shooting gallery east of Wailing Woods

Author and references
In one of the challenges for this week 10 of Fortnite season 7, players with the Battle Pass are asked to score at least 5 points at the shooting range located east of Wailing Woods . This is only the first step of the three needed to get 5 stars as a reward. Indeed, as some may have noticed during season 6, or even during week 9 of this season when it was necessary to dance, players must at times perform several stages of a single challenge in order toobtain all the stars promised as a reward and thus recover various cosmetics of all kinds.

So, for this tenth week, the first step is to get a score of at least 5 points at the shooting range located east of Wailing Woods. So players will have to land near the cliff and once there, all you have to do is stand on the base to activate the targets and shoot them quickly in order to obtain the 5 points necessary to validate this step.

Also, a little advice, don't forget to reload your weapon before starting the challenge, at the risk of having to start over.

To avoid wasting time in your research, we have indicated its location on the map below. Once the 5 points have been reached, you will then have to go to the Retail Row side for the second stage. 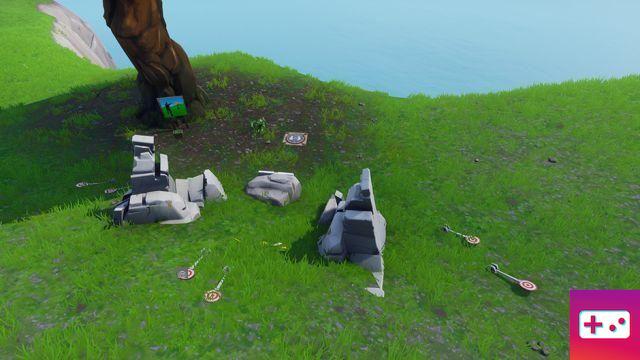 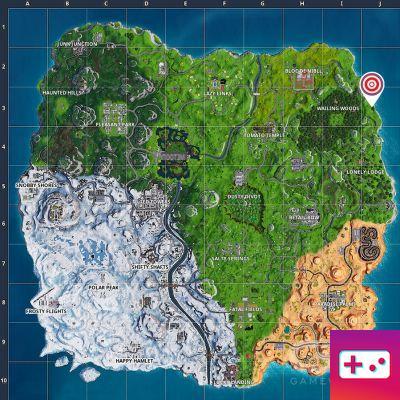 add a comment of Fortnite: Challenge week 10 stage 1: Get at least 5 points at the shooting gallery east of Wailing Woods