Author and references
In Fortnite Season 6, you will be required to craft Mechanical and Primitive Weapons. We tell you how to do this easily and quickly. Following the grand launch of the 6 season de Fortnite this Tuesday, March 16, battle royale players can discover its new features. However, like every week for many months, new challenges are available, which allow players to recover XP in order to progress in the Battle Pass and unlock many cosmetics, such as outfits, back accessories or even collection tools. Two of these challenges will require you to craft mechanical and primitive weapons.

Epic Games wanted to add a little more crafting for this season, since players will be able to make these new weapons themselves. No workbench or NPC needed, just some resources.

For primitive weapons, you are going to need an improvised weapon, which we find on the map when looting, and bones (the number varies). Be aware that these are purchasable from NPCs in exchange for gold bars or recoverable from wild animals.

To craft a primitive weapon, you just need toopen your crafting menu (it's right next to the inventory) and create the weapon you want, provided you have the resources, of course. A simple enough thing, in itself. 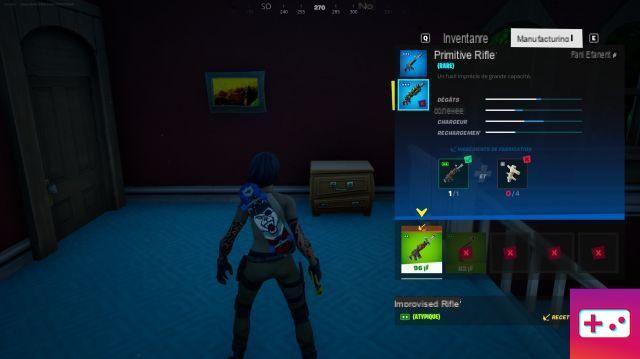 Here, the handling is even simpler. You just have to collect mechanical parts (on vehicles) to improve your weapon, still via the new crafting tab, in addition to an improvised weapon. We explain how to get mechanical parts here, if needed. 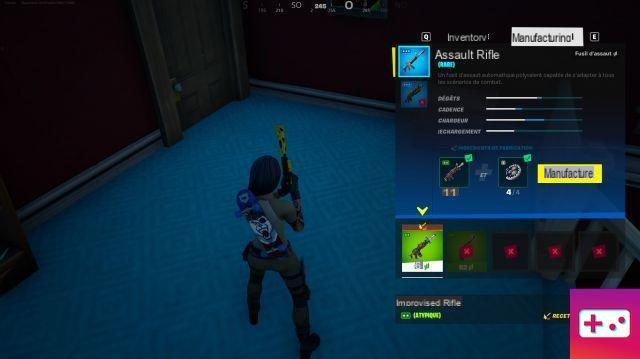 You now know everything to craft primitive and mechanical weapons in Fortnite, and will be able to validate the challenges concerning them.
Audio Video Fortnite: Crafting Mechanical and Primitive Weapons
Fortnite: Winterfest 2021, all challenges ❯

add a comment of Fortnite: Crafting Mechanical and Primitive Weapons