Fortnite: Everything you need to know about the Welcome to Gotham City event 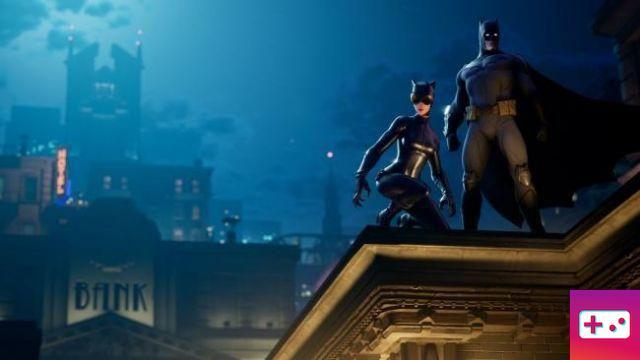 In celebration of Batman's eightieth anniversary, Epic Games has teamed up with Warner Bros. Interactive Entertainment and DC Comics, and now offers a temporary event highlighting the Batman universe. In addition to offering no less than six games from the Batman universe, including the Arkham trilogy and the Lego Batman trilogy, Epic Games has gone further, by offering a limited-time event for its Battle Royale, Fortnite.

The many players will have the opportunity to get their hands on new rewards, by validating several challenges, but also to discover, on the island, Gotham City, instead of Tilted Town. In addition, new weapons, namely grappling hook and grenades, have been implemented, which you will be asked to use to complete certain challenges.

The rewards will be many. In addition to 50 Battle Stars, and Batarang graffiti, a loading screen, banner, and glider can be unlocked after completing two, four, and six challenges respectively, which you can find below.

add a comment of Fortnite: Everything you need to know about the Welcome to Gotham City event