Fortnite: Gold Lara Croft Skin, how to get it?

Author and references
With the arrival of a new island and a new NPC (Orelia), it is possible to obtain a variant for Lara Croft's skin, this one being in gold. If you don't know how to add it to your inventory, we give you some tips. Since the release of Update 16.40 this Tuesday, May 11, players have the opportunity to visit a new notable location on the island of Fortnite, it is an island, as you must know. This is inhabited by a new NPC, named Orelia, who is in possession of a particularly powerful weapon: a Legendary Scar. It is this weapon which interests us in order to obtain the golden variant of Lara Croft.

How to get the gold Lara Croft skin?

Know that the task may seem simple, but it remains quite complicated, given that a multitude of players have the same objective in mind: to recover this legendary weapon.

To do this, you will first have to land in the ruined building, which is in the center of the small island and is unmissable. Once inside, you will most likely see Orelia, which will not attack you when you pass it. Look as soon as possible, on the ground floor, for the legendary Scar, which is placed on a base and can be seen from afar. Retrieve it and try to take shelter, since at this moment, Orelia will attack you, just like the other players present on the spot. 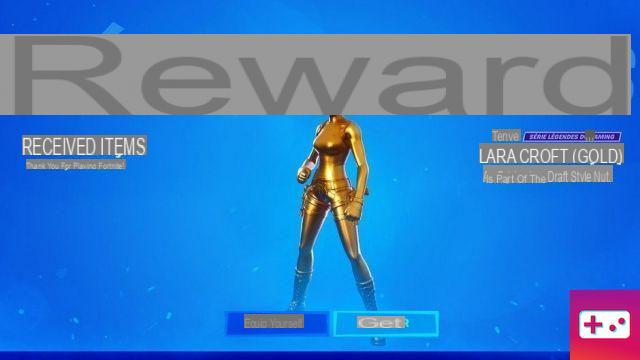 If the weapon is not there, another player was faster. You will therefore have to restart a game, until you are the first owner of the weapon. You can find the location of the island below, if you ever don't know where it is. 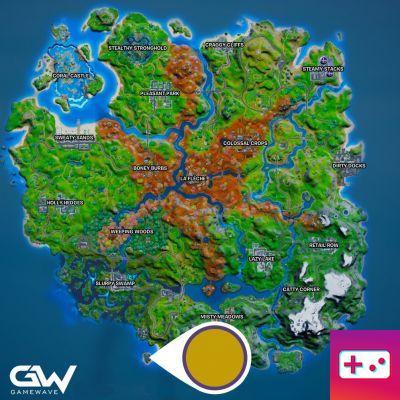 Also note that you must be in possession of the dim by lara croft to be eligible for the challenge, which is unlocked at level 15 of the Battle Pass. Also remember to put it on before starting the game, otherwise the variant will not be unlocked.
Audio Video Fortnite: Gold Lara Croft Skin, how to get it?
Fortnite: Skin Lazarbeam, how to get it? ❯

add a comment of Fortnite: Gold Lara Croft Skin, how to get it?