Fortnite: How to unlock Season 4 gold, silver and holo skins? 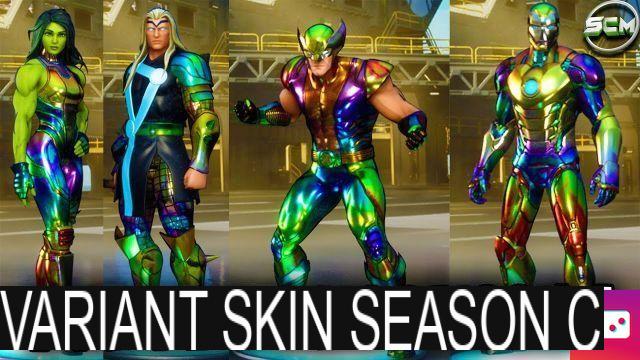 Find out how to get several variants of Marvel skins in Fortnite season 4, in silver, gold and holo. As in previous seasons, once Battle Pass Tier 100 is reached, players of Fortnite can, if they wish, still obtain rewards by garnering ever more experience. This time, it is variants of Marvel skins, a universe very widely highlighted during this season 4, which can be obtained. Three styles will be available: silver, gold and holo.

How to get silver, gold and holo styles of Marvel skins in Fortnite?

To do this, you will have to play and validate many challenges, since these skins are unlocked from level 105 of the Battle Pass, up to level 220. Every five levels reached, players will be able to get their hands on a new skin, in the same order as the Battle Pass, i.e.: Thor, Jennifer Walters, Groot, Tornado, Doom, Mystique, Tony Stark and Wolverine.

Here is how these variants will be obtained:
As you will have understood, you will have to play a lot and validate the many challenges in order to leave with all the possible variants of this season 4 of Fortnite. Others could happen, if new Marvel superhero skins are implemented during the season.
Audio Video Fortnite: How to unlock Season 4 gold, silver and holo skins?
Fortnite: How to evolve the Ultimate Knight skin, available at level 100? ❯

add a comment of Fortnite: How to unlock Season 4 gold, silver and holo skins?