Author and references
Secret passages were implemented in Fortnite Chapter 2 Season 2. In order not to be lost, they have been listed in a map to be found in our article.

Where are the secret passages in Fortnite?

Secret passages are abundant in Fortnite, mainly in the larger cities in the north of the map. If some are used to save you time to get from point A to point B in no time, others will teleport you to hidden bases. Finally, some can only be taken in one direction.

In order to benefit from a complete map, with a detailed legend as it should be, the Internet user named Splash_IQ posted a map that he himself made and shared on Reddit, after doing his investigations. You can find it below.

This map is also useful for completing various challenges, including the Brutus Briefing Week 2 mission, which asks players to hide in secret passages in several games. 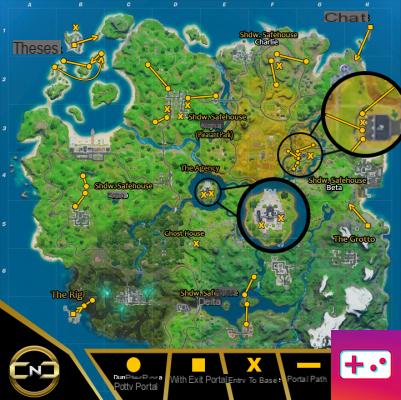