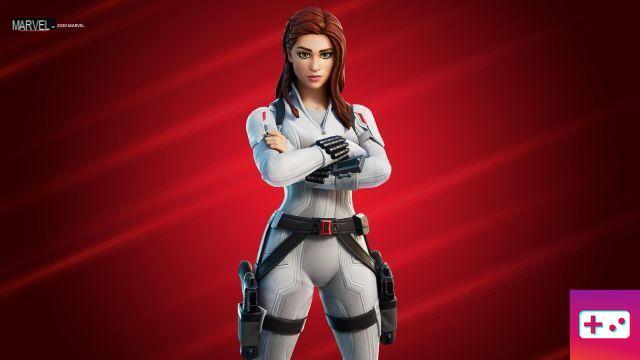 The outfit of Black Widow, one of the Marvel superheroes, can be obtained by Fortnite players for free, we tell you how. Season 4 of Chapter 2 of Fortnite largely highlights the Marvel universe, since many superhero outfits can, among other things, be recovered via the Battle Pass, not to mention the many references made in game. Nevertheless, the collaboration with the two giants that are Epic Games and Marvel does not stop there, since another exclusive outfit can be obtained. This time we are dealing with Black Widow, which is interpreted in the cinema by Scarlett Johansson.

How to get the Black Widow skin in Fortnite?

Epic Games has just announced that it will be possible to recover Black Widow's outfit for free in Fortnite. However, you will have to be talented, since only a few players will be able to take advantage of the offer and add this outfit to their inventory in preview.

Indeed, the Super series K.-O. Marvel, a competition divided into four tournaments, will offer a new series of tournaments, starting November 11 with the Coupe Black Widow, allowing to recover le skin Black Widow, provided you perform well. For example, in Europe, only the top 800 players will be able to get it. Note that the cup is only playable as a duo, without the option to fill a party, and each of the members must have two-factor authentication. Do not hesitate to recruit your teammate now so as not to be caught off guard.

Nevertheless, given the low chance of recovering it via the Super series K.-O. Marvel, players should normally be able to get it later, since the studio specifies that this is preview access. As with the Daredevil and Ghost Rider outfit before it, it will be possible to retrieve this one from the in-game store within a few days. The official rules are available here.


Ready for the mission!

The final cut of the Marvel Super Series will take place on November 18! pic.twitter.com/Hs2TJhXLNp

— Official Fortnite (@FortniteFR) November 10, 2020 What's more, all players participating in the cup will receive the exclusive Glider from the Node of Conflict. Two other tournaments, on November 18 and 21, are also scheduled to take place, which could feature two new superhero outfits.
Audio Video Fortnite : Skin Black Widow, comment l'obtenir ?
Fortnite: Skin Deathstroke, how to get it for free? ❯