Fortnite: Skin Flash, how to get it? 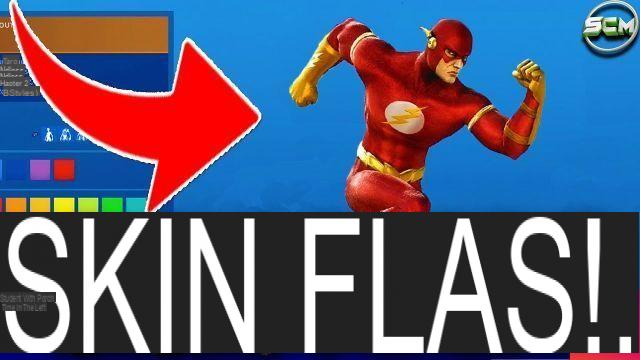 The Flash outfit, one of the DC Comics superheroes, can be obtained by Fortnite players for free, we tell you how. Even if this season 5 has somewhat neglected the Marvel and DC Comics superheroes, who were at the heart of Fortnite Chapter 4 Season 2, Epic Games will relaunch the machine with a special tournament, which will allow certain players to get free flash skin in the battle royale. If the regulars know how to do it, if you don't, we explain how to have a chance to recover this outfit.

How to get the Flash skin in Fortnite?

Even though Epic Games has yet to officially announce the event, it has leaked. It will be possible to recover Flash's outfit for free in Fortnite via a duo tournament. However, you will have to be talented, since only a few players will be able to take advantage of the offer and add this outfit to their inventory in preview.

Indeed, the Flash Cup will be organized on February 10 and will allow the best to leave with this famous outfit. Good news, many players will be able to try to recover the outfit, since it will be offered to the 3 best duos in Europe. As a result, 500 players will be able to collect it. For this, it will be necessary to play 7 games in three hours. The rules are available here.

Nevertheless, as was the case during the Super series K.-O. Marvel, players should normally be able to get the skin later, since the studio specifies that this is a preview access. It will indeed be possible to recover it in the game store in a few days, obviously with a few V-bucks.

Three other items can be purchased in the store (with the pack or separately):

Audio Video Fortnite: Skin Flash, how to get it?
Fortnite Skin Generator, the skin generator for Fortnite ❯

add a comment of Fortnite: Skin Flash, how to get it?