Fortnite: Spider-Man's gloves, where to find them?

Author and references
Spider-Man's gloves are available in Fortnite and give you, without question, a definite advantage. Find out how to get them with spawn locations. The spider man gloves were introduced a few days after the release of Chapter 3 Season 1 of Fortnite and allow you to have a definite advantage over your opponents. To put it simply, putting on these gloves, a legendary object, allows you to throw webs at any building, vegetation or object in order to move, such as the spider-man. Resources are certainly limited, but having the spider man gloves is a significant bonus in order to rise in the late game.

Fortunately, flushing out these gloves to use them is not random, since they spawn in very specific places, and in number, each game. So, if you want to get your hands on this item, you just have to go to certain places and collect them. For example, we find the most in the Daily Bugle, with 5 Spider-Man gloves. They come with 80 ammo, which should be enough for you for the duration of the game. 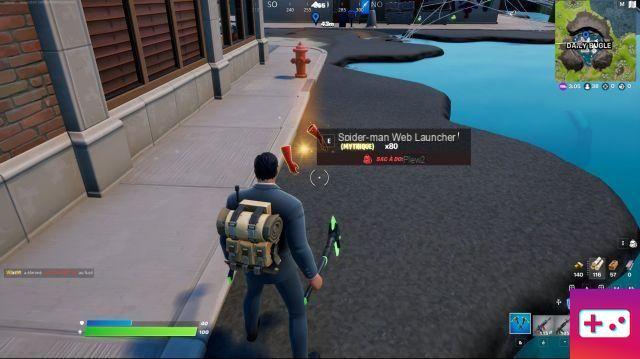 Otherwise, we also find some in the southern part of the island, or in the northern part. You shouldn't have any trouble finding it. You can refer to our map below, via fortnite.gg, to get a better overview of the locations. 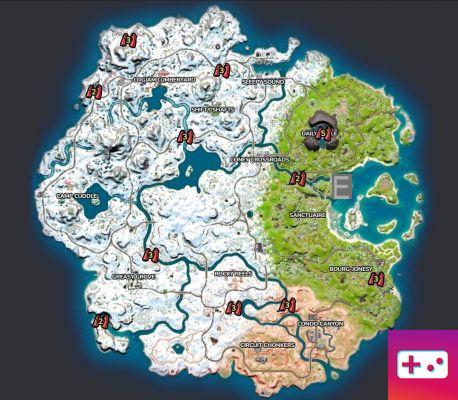 Once in the area, you won't have to search for these gloves on the ground. You will have to raise your head and look at the walls of the buildings, since these gloves are contained in a bag attached to the walls with canvas, as you can see below. A pickaxe or a bullet will do the trick to bring down its contents, including the famous spider man gloves. 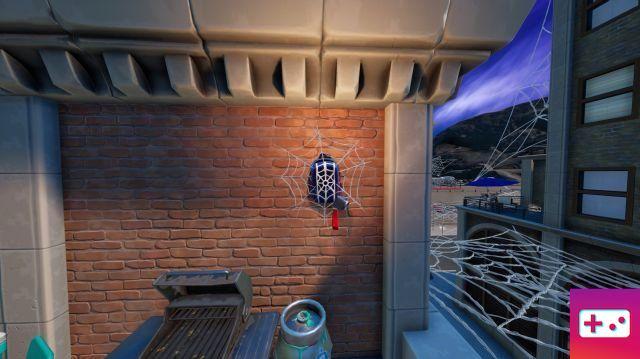 add a comment of Fortnite: Spider-Man's gloves, where to find them?