Fortnite: The end of Chapter 2 announced, date, event and details 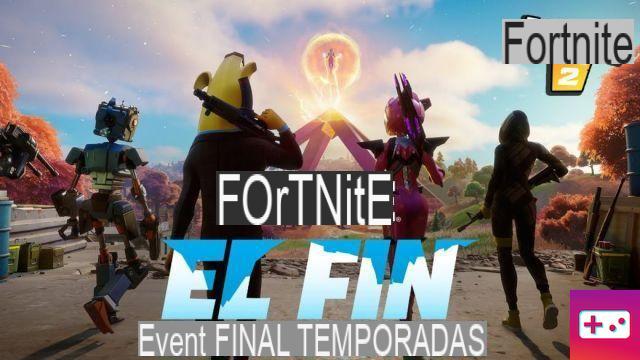 Epic Games has just announced "The End" event that aims to wrap up Fortnite Chapter 2. Find all the details and the date of the event, so as not to miss this major turning point in the battle royale After long weeks of rumors, indicating that a new page of Fortnite was going to be written since the Chapter 2 was about to end, Epic Games has just formalized the news. Fortnite Chapter 2 will soon come to an end. The developers have just shared, on the official website, several information about the event, although the future remains rather vague.

The end, end event of Chapter 2

Epic Games didn't look very far for the name of this new event, since this one simply goes by the name " The end ». It will allow players to unite to fight the Cube Queen who is preparing for her final assault on the island, after a long preparation. It is specified that this battle will decide the fate of the island, thus suggesting that we will discover, as a result of this confrontation, a new map.

For the occasion, you can team up with 15 of your friends, since the groups will support a maximum size of sixteen players.

When does Fortnite Chapter 2 end?

La end of Fortnite Chapter 2 and, by extension, season 8, will take place a day earlier than originally planned, the 4 December 2021. You therefore have until this date to complete all the missions, but also to progress as much as possible in the Battle Pass. In return, so that players don't lose out, Epic Games will provide all players with 225 EXP.

The “The End” event, which will therefore be the conclusion of Chapter 2 of Fortnite, will start at 22 p.m. Paris time on December 4. As always, Epic Games recommends that you take your precautions and launch the game as soon as possible, knowing that the servers for this special mode will open half an hour before the start of this major event, therefore at 21:30 p.m.


While waiting for this event, which should give some renewed interest to the battle royale, which may have run out of steam in recent months, Epic Games reminds you that you only have until this date to:
For those who find it difficult to progress, a double XP weekend will be organized, from November 27 to 29.
Audio Video Fortnite: The end of Chapter 2 announced, date, event and details
Fortnite: The Pumpkin Launcher, where to find it? Nightmares Challenge 2021 ❯

add a comment of Fortnite: The end of Chapter 2 announced, date, event and details