Author and references
For this ninth week, players with the Battle Pass will have to pop 10 golden balloons in order to obtain 5 stars as a reward. As in previous weeks, and for several seasons now, Battle Pass holders have access to new challenges each week. allowing to win 50 battle stars is the equivalent of 5 levels. As a reminder, the Battle Pass is available in the store for the price of 950 V-Bucks or around €9,49.

So for this ninth week of challenge, players with the battle pass will need to travel to different locations on the island in order to pop golden balloons to get 5 stars. These balloons are placed on the roofs of houses, in a corner or even on electric poles. You will have to tap on them so that they burst, do not expect to have to interact with the golden balloon.

In order to help you in your challenge, we have given you a dozen locations to burst these golden balloons. 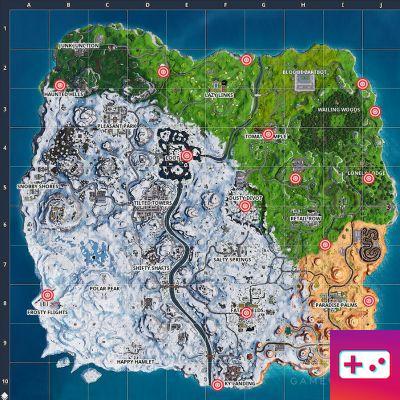