Author and references
With Fortnite Season 7 less than two weeks away, all players with and without the Battle Pass will be able to try and score at least 10 points on different Clown Panels to grab even more skins, emotes, etc Since Wednesday, November 14, when the 6.30 update was rolled out to servers, clown panels have been placed on the map thus allowing players to compete in the middle of the game, just like what had been the case for the clay pigeons. However, this time it is not a question of shooting in the air, but of hitting as quickly as possible on at least 10 balloons.

Indeed, like every Thursday, new challenges are offered for both Battle Pass holders and others. Therefore, for this ninth week, all players will have to get a score of at least 10 points on different clown panels and this three times in order to recover 5 stars. If some don't know how to use it, just activate the clown panel and tap the pickaxe on the balloons that appear until you reach the required 10 points. To avoid wasting time finding them, we have listed you some pitches on the map below. 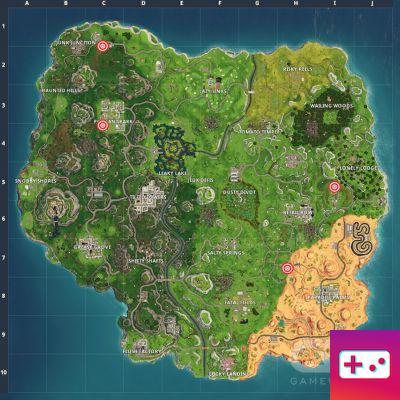