Author and references
Collecting candies is one of the challenges of "Fortnite Nightmares", the special Halloween event. If you don't know where to find sweets, we explain everything to you. Like every year, Epic Games celebrates Halloween with his community. If at first only skins could be unlocked, the studio moved up a gear this October 19 with an event worthy of the name. A special game mode has returned, Assault of the Horde, the battlefield as we know it has also taken on the colors of the horror party. For the occasion, several small challenges have appeared, asking you in particular to collect candies.

Where to find candy in Fortnite?

If you've ever ventured onto the battlefield after the update, you'll have noticed that Halloween has indeed come around. Several references are made to it and several decorations have appeared, especially towards the houses. For collect candies, it is towards these houses that it will indeed be necessary to turn.

You will find, in every town and in front of almost every house, decorations, with jars filled with sweets. Break them with your collection tool to make sure collect candies. At least two different ones will come out of it and be salvageable. In picking up 15 will allow you to complete this challenge. Do not hesitate to pick them up and eat them, since the candies allow you to obtain some bonuses, like fish.

So go to one of the so-called places, such as Pleasant Park, Lazy Lake or Retail Row to get your hands on these candy. 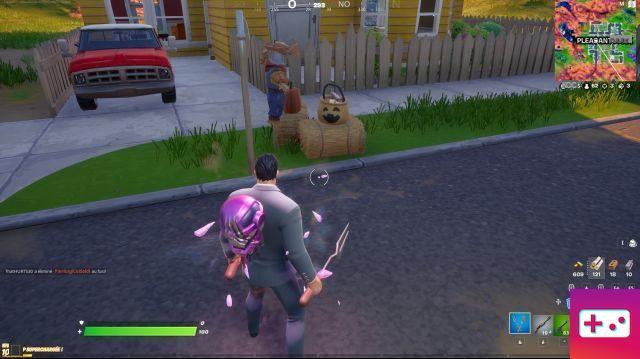 add a comment of Fortnite: Where to find candies? Nightmares Challenge