Genshin Impact continues to enthrall travelers with expansions to the world of Teyvat, new weaponized characters, and exciting events to keep everyone on their toes.

Check out this compilation of leaked content that should drop in version 2.3 of the game. But remember: take leaks with a grain of salt and know that changes between the beta server and the real-life version are not uncommon.

Genshin Impact has confirmed, through its official channels, two new characters that will appear in version 2.3. 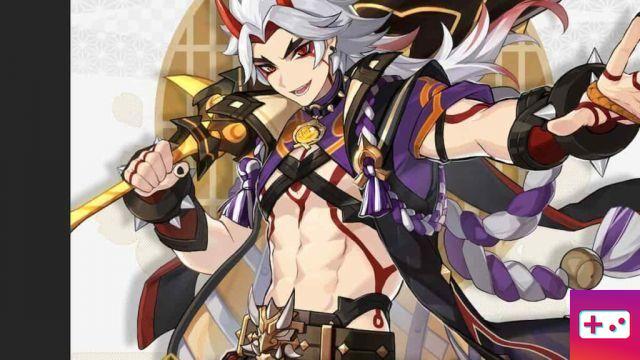 Swift as the wind and powerful as thunder, he is a fearless man with Oni blood running through his veins. 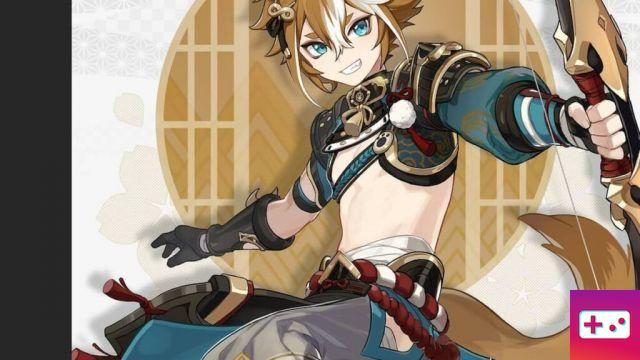 Born with beast-fighting intuition and tenacious willpower, he can find a path to victory even in the most critical moments.

Inside Gorou exists a soul as vast and reliable as the earth.

Both of these additions are set to drop during the second banner on December 14, 2021. They will bring a new Defense meta and plenty of possibilities for full Geo team comps. Currently, there is no information on the first banner that will be released on November 24, 2021, but speculation hints at a possible Albedo replay due to its relevance in 2.3 events.

Part of the leak is about two new weapons for 2.3:

Since these artifacts cannot be mined in the game's current realms, according to the leak, players can also anticipate the arrival of a new realm in 2.3.

Version 2.3 will bring a new range of challenges. In particular, the update will expand on the Corrosion debuff from 2.1 and 2.2, increasing the need for healers in team comps.

The King of the Riftwolves. Golden Wolflord's attacks can apply stacks of the "Corrosion" status, which will cause all characters in the party to continuously lose HP. In battle, the Wolflord will summon Rifthound Alphas to provide him with shields. Attack the Rifhound Alphas with Geo DMG to destroy the Golden Wolflord's shields.

The Golden Wolflord takes the form of a giant flying Rifthound, meaning players must use ranged DPS characters to defeat the boss. He drops the Rifthorn Regalia, which a leak indicates is one of Aragaki Itto's Ascension materials.

Get a head start on preparing the Abyss with these leaks for what the floors should be.

Calling card collectors will be happy to hear that according to the leak, there should be at least three new ones coming in the update.

A new ninken pet (ninja dog) will be rewarded by players in the event called Hachi. There is currently no information on whether or not he will explore Teyvat with the player or remain in the Serenitea pot.

The Leisurely Device: Rhythmic Sprinter will allow players to participate in custom parkour trials with friends in their Serenitea pot! A leaderboard is available to allow you to track wins and losses.

The events of Gorou and Beidou's Hangout are expected to be released with the new version, but the content of the stories is still unknown.

Arguably the most exciting part of any update is the event slate, which will determine the content to keep players busy for the next month.

This exciting event is the second part of Albedo's story quest from version 1.2, Chalk Prince and the Dragon. It will take players back to Dragonspine, where they can take part in a series of combat and training instances, as well as a new snowman building feature.

In total, each snowman consists of eight different parts that players can trade with friends. Players need to build a snowman to get the free four-star weapon, Cinnabar Spindle.

Hachi is an event that will introduce a new mechanic to the game. Using the Omni-Ubiquity Net, players can catch creatures in the overworld that can live in the Serenitea Pot.

The Misty Dungeon, which first worked in version 1.5, should be rerun in version 2.3. There are seven trials that a predetermined list of characters can complete. They will not benefit from elemental resonance in the event stages and their constellations will be based on the player's existing characters. But players can still use characters they don't own in Event Trials.

While there are no clear details regarding this event, it is likely an introduction to the new Golden Wolflord World Boss, much like Azhdaha and the release of Thunder Manifestation in previous versions.

Stay tuned for more updates, leaks and guides here on Tipsforallgames. And if you've landed on Tsurumi Island, check out our guide on How to Unlock Moshiri Kara Inazuma Estate in Genshin Impact?