Daughter of the Kamisato clan of the Yashiro Commission, Princess Ayaka is as elegant and refined as she is cunning and strong. Along with her older brother, who acts as the clan's leader, Ayaka handles all internal and external affairs of the clan and is well-liked. A lover of arts and poetry, Ayaka is also a skilled swordswoman who enjoys practicing her technique on falling snowflakes.

Ayaka is a five-star sword and cryo user whose drop rate will be greatly increased for the duration of "The Heron's Court" wish banner. “La Cour du Héron” will be available from July 21, 2021 to August 11, 2021. 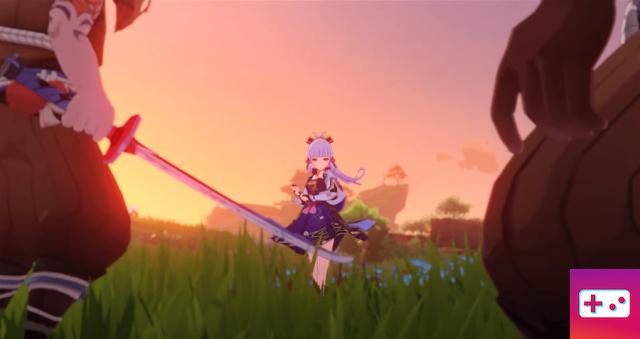 Ayaka is best suited for an under-DPS role, as she is capable of dealing a lot of damage on her own, but works best in conjunction with other party members. Along with her combat moves, inspired by the ruthless beauty of samurai, Ayaka also features an alternate sprint that only one other character (Mona) shares. This means that the Princess of Inazuma is as fast as she is strong, elegantly slicing through her foes.

There are two main construction routes you can take with Ayaka: 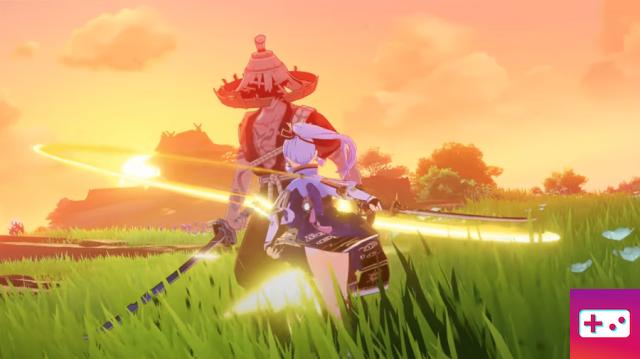 When equipping Ayaka with a certain weapon, make sure its stats match the playstyle you want to play with it.

If you plan to rely on Ayaka's elemental cryo skills, consider Mistsplitter Reforged: a five-star sword with a base ATK of 48 that increases elemental damage by 12% for each element. As you stack elements, the sword provides additional elemental damage boosts.


If you'd rather increase Ayaka's normal damage and recovery rate, give her Aquila Favonia, another five-star sword (Base ATK 48) that boosts ATK by 20% and even regenerates health when taking damage. damage.

Of course, since 5-star weapons aren't easy to come by, here are some other recommended weapons that will work well for Ayaka:

The best choice of artifacts for Ayaka is the Blizzard Strayer (also called Icebreaker) set, which can be collected in the Peak of Vindagnyr (Dragonspine) estate. The 2 piece bonus increases Cryo damage by 15%. The 4 piece bonus greatly increases Crit Rate when attacking an enemy affected by Cryo.

If you're looking to use Ayaka as a brute force character and prioritize attack over elemental skills, give her the new reminiscence of Shimenawa instead. This set's 2-piece bonus increases Attack by 20%. The 4-piece bonus, when casting an elemental skill, sacrifices energy to increase normal, charged, and dipping attacks by 50% for 10 seconds. 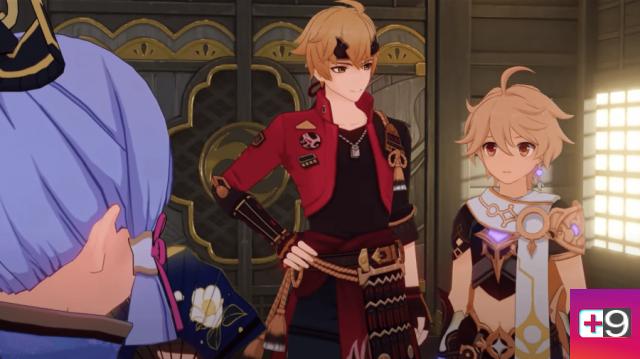 Not only does Mona, everyone's favorite magician, use Hydro (which, combined with Ayaka's cryo skills, will freeze enemies in place), but Mona and Ayaka also share the ability to fast travel underground! Use these two characters together to immobilize your enemies and navigate the battlefield with speed (and style).


Pair your favorite Pyro character with Ayaka's Cryo abilities to create the Melting Effect, which deals increased elemental damage to enemies. Or you can choose an electro character to create an overdrive, which lowers your opponent's physical defense while spreading Ayaka's cryogenic damage.


Fischl is still a great choice for players who need an electro, arc, or support character. Keqing is another Electro character who has remarkable speed, and is probably the only other Genshin Impact character who can keep up with Ayaka and Mona.

Finally, you can never go wrong adding Anemo characters to your arsenal. Mixing Anemo with any other element creates the whirlwind reaction, pushing the main element's effects further out in the field for area damage. If you were lucky enough to shoot Kazuha in Wish's Last Banner, the wandering samurai will get along well with fellow sword-user Ayaka.

Read about Inazuma and upcoming events in The Immovable God and the Eternal Euthymia: Genshin Impact 2.0 Patch Notes. We've also got you covered on the upcoming Genshin Impact banner and codes to redeem for in-game gifts!