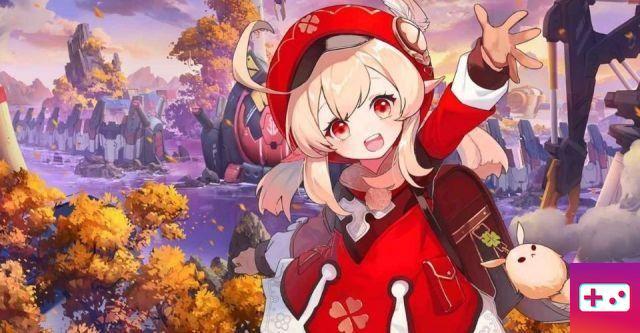 Genshin Impact's next rated banner is on the horizon, and the Spark Knight Klee will be its star pick. The banner will replace the current Venti banner and will likely work until the next patch is released. Like Venti, she will be a 5-star character. She has a very high damage potential but a very original style of play. It can be deadly in the right scenarios, but can be missed when not used appropriately. Here's a guide that will help new players better understand Klee and how to play her effectively.

Klee can deal high AOE damage in a short time. She packs like a serious punch and is great for execution speed in the game. However, her defensive stats are below average, making her an ideal glass cannon character. His playstyle mostly revolves around managing his explosives, which can be a problem as a new player. She is a ranged character and her normal attacks aren't as effective as some of the other characters in the game. However, her elemental skill/burst is really what makes her a wrecking machine. Unlike most DPS characters in the game, she relies heavily on her skills and elemental power. Connecting your skills correctly and using them effectively can be very deadly, but at the same time missing them would definitely make your time on the battlefield that much harder.

Klee also benefits greatly from elemental reactions in-game, so pairing him with suitable characters is necessary. She's particularly good at dealing AOE damage and clearing enemy camps, but she also struggles a bit against single-target bosses due to a lack of consistent damage. Players should familiarize themselves with her quirky playstyle before investing in her. It is very important to make the most of his skills by mixing them with normal attacks or charged attacks. A good way to start would be to clear a camp of Hilichurls which can be easily found virtually anywhere on the map. Later, players should try to face more powerful enemies such as Hypostasis and Regisvine. This should give users a good idea of ​​his style of play and how to approach playing with Klee on their team. It has a steep learning curve but once mastered it can pose a serious threat to enemies.


Klee lacks versatility and is usually only built as an attacking prowess. Mappa Mare is a good free play option for Klee as it provides 42 base attack (level 1) and 24 elemental mastery (level 1). She's a spell-based mage, and any weapon that boosts her elemental damage can work with Klee. Solar Pearl can also be a great weapon for Klee. Solar Pearl's normal attacks increase elemental/skill blast damage by 20% for 6 seconds and vice versa.


Knowing that Klee's attack scale is based on his elemental potential, it is often recommended to use the Gambler set. It increases elemental damage by 20% and its passive completely cancels the cooldown of the elemental skill (every 15 seconds) once an enemy is defeated.


Adding another Pyro character with Klee to the team increases all crew damage by 25%. One of the best options for the same is Diluc, who has exceptionally high damage and is also a Pyro character at the same time. Xiangling is a good F2P alternative for Diluc and also serves well when paired with Klee.


Adding a standard healer and a crowd control character should round out the party. Both Qiqi and Venti can fulfill the aforementioned roles, but it comes down to user preference and comfort at the end of the day.