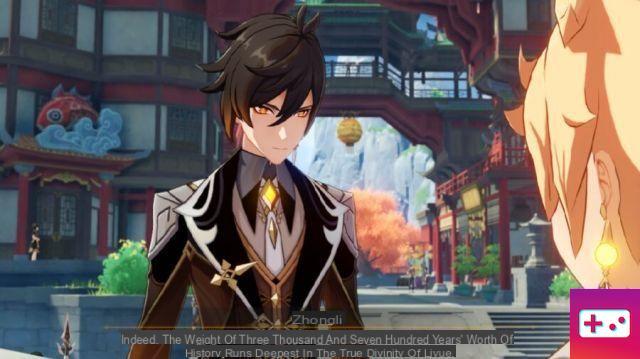 The first batch of characters has been released in Genshin Impact Version 1.1, but players are eagerly waiting for the second batch which is coming very soon. Here is a guide giving more information on what Zhongli, one of the two upcoming characters can do!

First up is Zhongli, a 5-star Geo element user, who uses a polearm as a weapon. He's coming to Genshin Impact on December 1, in a banner with Xinyan, one of the other characters planned for 1.1. If you've been following the main story quests and reached Adventure Rank 29, you might recognize him as he is in the game!

Summons a meteor that falls to earth, dealing massive AoE Geo damage to all enemies within range and applying petrification. Petrified enemies cannot move and take 20% increased damage from physical and geographic attacks.

For the Zhongi materials needed for Ascension and leveling up talents, head over to our Farming for Zhongli Guide where we have a detailed guide on where to find the materials!