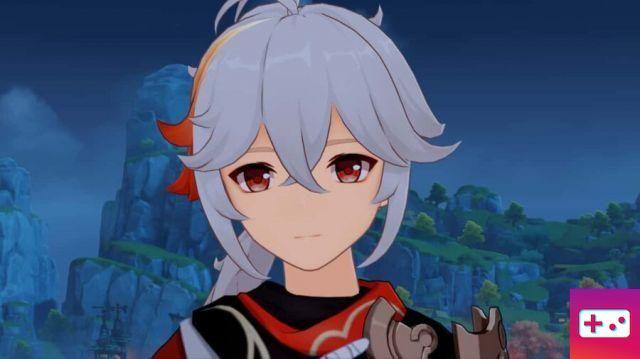 Tuned to the World's Sounds is an event that begins after the events of Inazuma and runs from October 15, 2021 to October 25, 2021. Only players of Adventure Rank 30 and above who have completed the prerequisite quest, Wishes ( final part of Chapter II: Act III — Omnipresence over mortals), can participate in this event.

With 420 Primogems and Mora, Hero's Wits, Mystic Enhancement Ores and Talent up for grabs, this is one event not to be missed. Here's a walkthrough to join and collect these amazing prizes!

How to get started

Start by heading to the Events menu and selecting Tuned to the World's Sounds. From there, click Go to Quest and follow the instructions to the dock at Liyue Port. You'll meet the Alcor's Commander-in-Chief Juza, who will explain how they just landed from Inazuma - and Kaedehara Kazuha has been in good spirits ever since. He will direct you to Kazuha, which is in the mountains north of Liyue Port.

Kazuha will tell you about an ancient flower zither he found in a cave, suspecting it might be ancient Adepti treasure. Help him fix the broken Flower Zither by collecting three Glaze Lillies, which you can find in the fields of Qingce Village. Afterwards, he will give you the Floral Zither as a gift.

Related: Genshin Impact: Where to find the Glaze Lily

How to Play Performances

After completing Kazuha's quest, you will be invited to participate in the event! The mechanics are similar to the previous rhythm game, Ballads of Breeze, from the Windblume Festival, but this time around players can enjoy a different range of music. 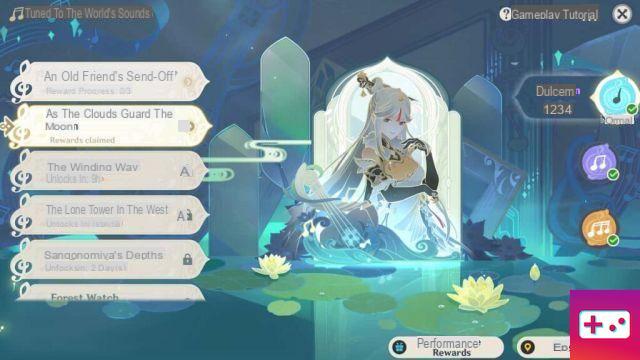 Head to the Events menu and select Performances to choose what you want to play. A different character will accompany you on each Performance, which is also divided into three different stages: Normal, Hard and Pro. You can only unlock the Hard stage by completing Normal and Pro by completing Hard.

There are eight notes in a Performance—four left and right. These mean the buttons you need to press to play the game:

As the song plays, larger circles will begin to close into circles with a black outline. Just click the corresponding directional key (tap existing circles for Mobile) when the two circles match to get a perfect score. 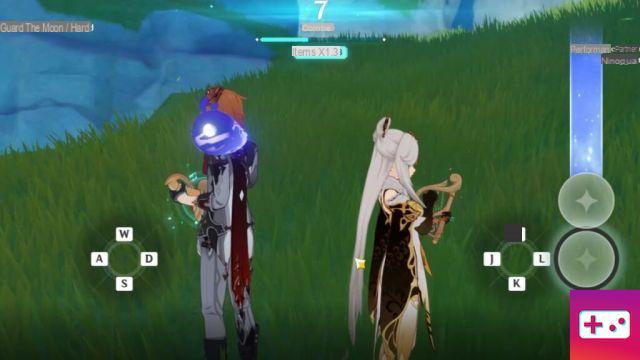 A new mechanic, called hold notes, requires you to click and hold until the second circle matches the first.

It may take some practice, but earning the following number of points will earn rewards:

Collect rewards by clicking on the Events menu and selecting Performance Rewards.

In total, there are seven different songs that you can play. They are located in different areas of Teyvat, but clicking the Run button will redirect you to the correct location. They will be released one by one throughout the event, so stay tuned for the full lineup of rhythm games.

Check out our Aloy Exploration - Genshin Impact web event guide to play in conjunction with Tuned to the World's Sounds!