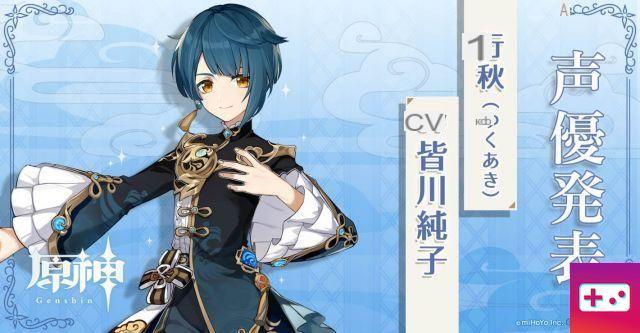 With the next banner looking at Childe and Diona, called Snezhnaya's Farewell, you might have dropped them already! Although in the last banner for Klee you might have had a powerful Hydro user called Xingqui! Now, Xingqiu may sound bookish; however, he has studied the blade, and he is not afraid to delve into the thick of combat. Although he's more of a support character, so you start him right, he'll really round out your team! Here is a guide on the best way to use Xingqiu!

Xingqiu is best played as a support character, don't expect him to deal the most damage out of your whole party; if he's the damage dealer, then there's something wrong. However, when paired with the right combo, it can increase team efficiency through the roof. Imagine that Xingqiu has a whetstone to sharpen blades. An unsharpened blade will dull quickly. If you take care of the blade with a sharpening stone, the blade will shine and cut everything in its path. The whetstone supports the blade; without it, it's not as effective!

Oddly enough, Xingqiu's abilities vary from his ATK even though he is a support role, this means he can still deal heavy damage if built correctly. Also, Hydro is not a massive damage element; it's more of an element that causes the Hydro effect, which leaves enemies vulnerable to other element effects.

As Xingqui is a perfect source of hydro-elemental reactions, this results in much-needed damage reduction to enemies, especially when they are higher level enemies. More so, if you level up his Constellation Levels, even only unlocking his Rainbow Upon the Azure Sky l2 Constellation Level, he becomes extremely powerful when paired with another Hydro DPS character.

The weapon of choice for Xingqui is the Skyward Blade. This is a 5 star weapon; an amazing 3 star weapon that you can get much earlier is the Net Blade. Another alternative is the Favonius Sword which is a 4 star weapon.

The best artifact set for Xingqui is the Noblesse Oblige, as it is great for energy recharge, increasing hydro damage and attack percentage.

For all things Ascension levels and how to acquire the necessary materials, check out our farming guide for Xingqui!

As we said above, Xingqui is a great support DPS character, and when paired with another Hydro DPS character such as Mona, his true power unfolds. Also, when they have a top helmsman like Pyro user Dilic on the team, they can use more elemental reactions and cause massive damage. The final team member is Bennett, another Pyro user, as having two Pyro users increases your team's overall damage!

If you don't have Diluc, you can change it to Klee, is a phenomenal damage dealer. If you don't have Bennett, you can trade this gentleman to cook the crazy Pyro Xiangling. Fire Pyro users are key to unlocking this team's true potential!

Yes, having another Hydro user is perfect for Xingqui, however, if you don't have Mona, you can use Fischl or Venti. This set will give the team more elemental reactions to use! It's never a bad thing!