Half-Life: Alyx coming to PSVR? Here's what Valve had to say 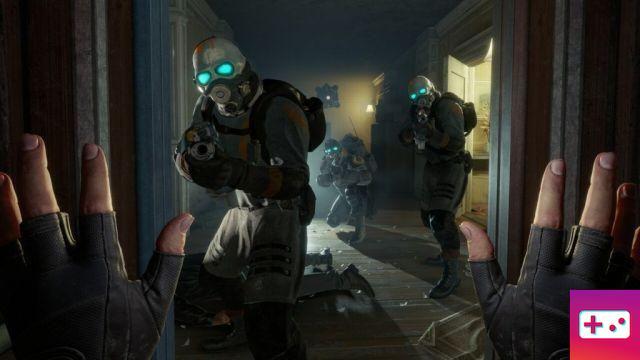 Half-Life: Alyx garnered a lot of attention when it was announced in late 2019. It's a completely new entry in its own right in Valve's seminal first-person shooter series, but as you can tell see in the recently released gameplay clips, it's played entirely in virtual reality. In terms of compatibility, the company has confirmed that the game will support various VR headsets on PC through its SteamVR platform. However, nothing has been said about the current market leader: PlayStation VR.

Half-Life: Alyx coming to PSVR? Not according to the first trailer, but it's still something worth asking, especially since the game is due out very soon. In fact, we posed this question to Valve shortly after the game was announced. The company responded, and the answer is unsurprisingly vague - but it's not a "no".

Designer Greg Coomer reconfirms that the "initial" version of Half-Life: Alyx will be "available for SteamVR only". It seems Valve is aware of the desire to see the game come to PSVR, however: "We believe Sony's VR platform has been a huge success for the medium, and we suspect many Sony customers would love to check out this new Half-Life chapter.”

Coomer then confirms that a PlayStation VR port is not in active development "as we are very focused on the initial release". That said, he concludes that Valve "didn't rule anything out."

It's as we thought - Valve isn't working on a PSVR version of Half-Life: Alyx, but that doesn't mean it won't in the future. We guess it's also worth considering the possibility of the game releasing on a successor to Sony's headset at some point in the coming years. It's no secret that PSVR is on the lower end of the tech spectrum, so we might see Valve's game on next-gen gear, assuming that happens.

So this is it. The status of Half-Life: Alyx on PlayStation VR is that it might happen, but definitely not at launch on March 23. What do you think? Will the game finally come to Sony hardware? Put yourself in the comments below.

add a comment of Half-Life: Alyx coming to PSVR? Here's what Valve had to say