Author and references
Find in this guide the locations of all stealth Neigionnaires in Fortnite, to quickly and easily validate the challenges. In addition to the weekly challenges, Epic Games has made a habit of launching temporary events, especially to celebrate certain things, such as the end of the year. This is how the Operation Snowfall event was born, which promises to offer many rewards to players, but also XP. One of the challenges will ask you to hiding in a stealth Neigionnaire in several games. We explain how to do it and where to find them.

How to hide in a stealth Neigionnaire in Fortnite?

If you are not yet aware, first know that the Stealth Neigionnaires are similar to large snowmen. You will therefore have no trouble locating them when you are next to them.

For the challenge, you will have to hide in one of these Stealth Neigionnaires in three different parts, which will therefore require you to repeat the operation. We also advise you to go to Team Rumble to validate the challenge. When you are close to these Stealth Neigionnaires, you just have to press the indicated key (E on PC, “square” on PlayStation and “X” on Xbox by default) to hide in it. A fairly simple challenge, then.

Where can I find a Stealth Neigionnaire?

To find these Stealth Neigionnaires, you won't have to search very long, since we find many of them on the Fortnite map. What's more, they are often two or three, which limits the chances of seeing them being used by another player before you. Keep in mind that your opponents can destroy them, which will make your job a little more complicated.

In order not to waste time in your research, we have indicated to you, with the maximum possible precision, several zones where at least one Stealth Neigionnaire is available on our map below. You guessed it, the latter being snowmen, they are only found in the southeastern part of the island. 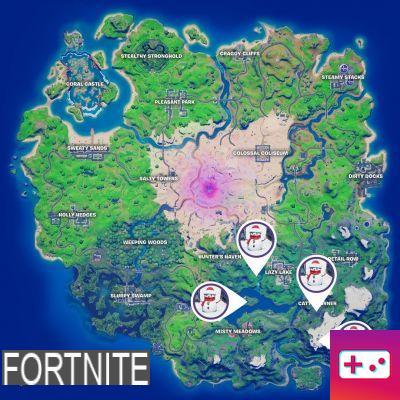 Note that you can also find stealth Neigionnaires in chests, which you can use to hide in them afterwards. 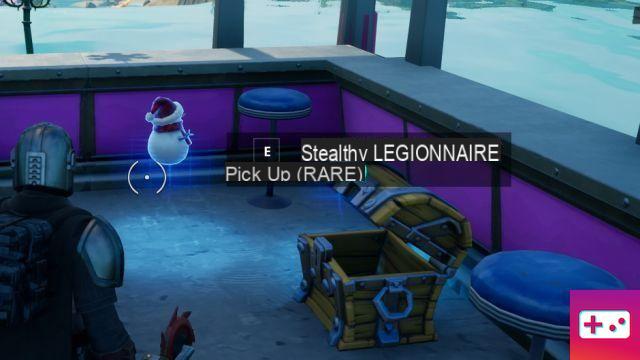 add a comment of Hide in a Stealth Neigionnaire, Operation Snowfall challenge