Hisuian Zorua and Zoroark show off in Pokémon Legends: Arceus 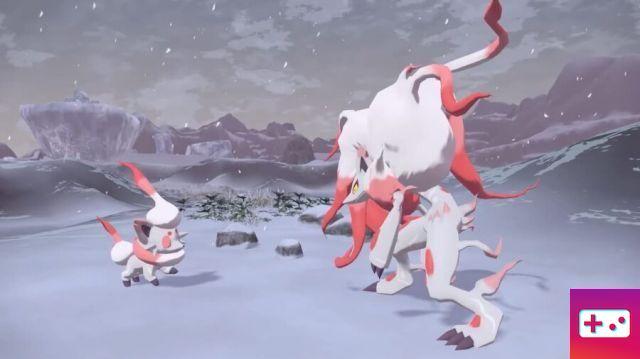 Pokémon Legends: Arceus is fast approaching its January 28 release date, and The Pokémon Company has revealed a generous amount of information. Today they uploaded a video on Youtube featuring the Hisuian forms of Zorua and Zoroark.

These two Pokémon were first introduced in Pokémon Black and White and will receive a regional variant in Pokémon Legends: Arceus. Traditionally they are Dark type, but in Hisian form they take on a normal/ghost type, which will be the first time players see this.

The adorable Zorua becomes a sinister Pokemon once it evolves into Zoroark. There was no mention if a different evolution method was required or if it would retain the same method as previous games. Early purchase bonuses were also featured in the trailer. These include:

These bonuses are received through the Mystery Gifts feature which, according to the official Pokémon Legends: Arceus website, will require two hours of gameplay to unlock. If you are interested in these freebies, be sure to pre-order now as there may be no other way to unlock these cosmetics.

For more information on Pokémon, check out the Pokémon Go Raid Schedule: All Current Bosses and Counters (October 2021) and All Unlockable Halloween Festival Rewards in Pokémon UNITE on Pro Game Guides.

add a comment of Hisuian Zorua and Zoroark show off in Pokémon Legends: Arceus