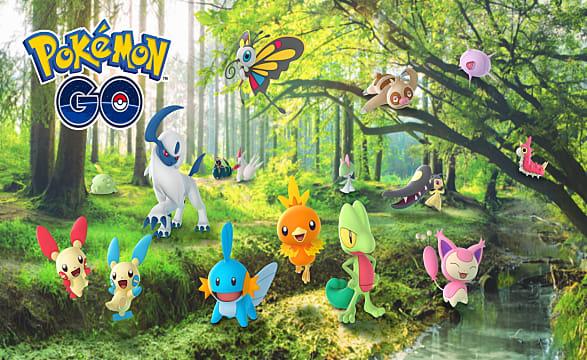 The Hoenn region is Pokemon GO's next stop on the Kanto Tour countdown. From January 19 at 10:00 a.m. local time through January 24 at 20:00 p.m. local time, trainers can look forward to a number of Hoenn-themed Pokemon GO events, from Field Research tasks to Legendary Pokemon. and more.

Many iconic Hoenn Pokémon will appear more often during the event, including:

Raids are getting a makeover in Hoenn for the event. One-Star raids include:

Finally, any Metag that evolves (into Metagross) during the event will learn Meteor Mash, a move that was once a Community Day exclusive.

Johto is in the spotlight following Hoenn's departure, so stay tuned for more Pokemon GO news.