Author and references
Find all the tips for succeeding in the “Inflict damage on opponents at the Sentinel Cemetery” challenge, including of course our tips and a map with locations. Season 4 Chapter 2 of Fortnite is available since August 27, and honors the Marvel universe. To recover all the rewards of the Battle Pass, sold for 950 V-bucks, players will have to complete several challenges, in order to recover XP, allowing them to evolve in this famous Battle Pass. Week 109 of this season 4 will allow you to recover some, in particular thanks to the challenges asking you toinflict damage on opponents in the Sentinel Graveyard.

Where is the Sentinel Graveyard in Fortnite?

The notable place is quite well known to the community, even if it is not directly named on the map, since it has already been at the heart of several challenges during this fourth season of Chapter 2.

So go to the south of the Authority, currently renamed Ruins following the special Halloween event, to get to the Sentinel Cemetery. It is very easily spotted, since several giant robots, sentries, are lying on the spot. You're going to have to inflict damage on opponents here, which shouldn't be too difficult, since many players will want to complete the challenge.

You can go to Team Rumble to save time. The precise location of the Sentinel Cemetery can be found on our map below. 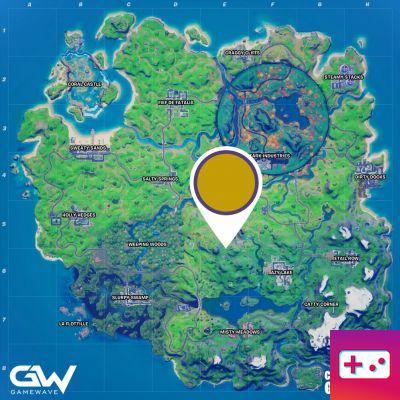 add a comment of Inflict damage at the Sentinel Graveyard, week 10 challenge