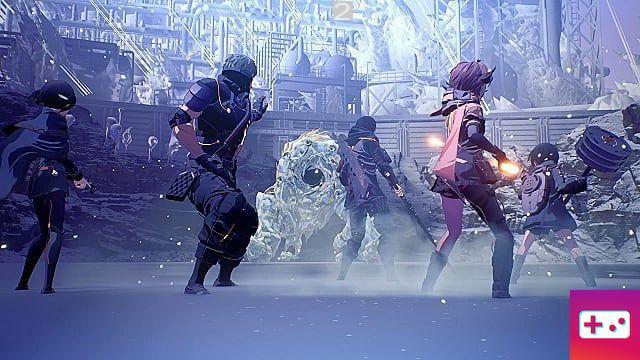 Scarlet Nexus has two protagonists: Yuito and Kasane. You can choose which protagonist you want to play as at the start, each with different story beats, companions, and weapons. However, is Bandai Namco's latest action RPG multiplayer? Can two players team up in Scarlet Nexus co-op?

While it might seem like the dual-player approach leaves room for multiplayer co-op, it doesn't. Unfortunately, for those hoping to join the OSF and take on the Others with a friend, Scarlet Nexus doesn't have multiplayer.

Whether you choose to play through the game as Yuito or Kasane, combat encounters will play out mostly the same. You will have access to companions to whom you give orders and you will fight Others with similar powers. According to our review, as well as many others, it's worth playing the game as a character, but teaming up with friends isn't possible.

Unlike some other RPGs, action or otherwise, you won't be able to directly control Scarlet Nexus companions in multiplayer or single player. Instead, you'll give them action commands in battle, letting the game's AI do the dirty work.

So, will Scarlet Nexus ever have multiplayer functionality or co-op play? It's hard to say for sure, but it's unlikely. Bandai Namco has not mentioned adding such modes to the game, and since the game's announcement, the developer and publisher have marketed it as a single-player experience.

Despite a few gameplay trailers showing off what potentially looked like pre-launch co-op multiplayer, the footage ended up being the game's party system at work. Any hope of including multiplayer modes was just wishful thinking.