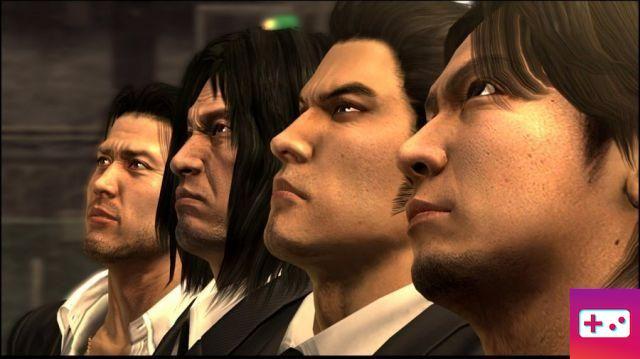 When released in 2010, Yakuza 4 was defined by four playable characters, a first for the series. Alongside main protagonist Kazuma Kiryu, players were able to experience the stories of charismatic loan shark Akiyama, fugitive Saejima, and smart cop Tanimura. In Yakuza 4 Remastered, all four characters remain nuanced and interesting, but the game sometimes struggles to weave all of their adventures into the kind of intense, cohesive crime drama you've come to expect from the Yakuza franchise.

In short, Yakuza 4 feels a bit disjointed. Irregular pacing impacts the plot at several points, and Kiryu feels like he's gotten wrong into the proceedings just because he's the face of Yakuza. That said, even though Yakuza 4 is one of the weakest entries in the series, it still remains above the storytelling you'll find in most other games. Don't expect to outperform Yakuza 0 or Yakuza 6.

Yakuza 4 is a breeze when it comes to action. Each playable character has their own unique fighting style, with Akiyama's lightning-fast strikes and Saejima's brute force being particularly satisfying. And in typical series fashion, high-level boss battles are offered, along with plenty of addictive mini-games, including in-depth stewardess club management.