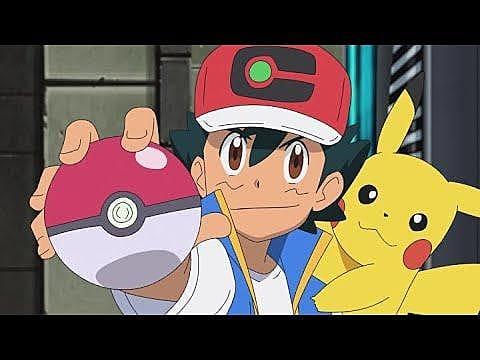 The new Pokemon animated series, Pokemon Journeys, is coming to Netflix in June as a Netflix Original. The first 12 episodes will be available June 12, and "another 12 episodes will be added every three months for the duration of the season." To date, there are only 25 episodes in total in the series.

Pokemon Journeys first aired in Japan last year, coinciding with the launch of Pokemon Sword and Shield. Unlike virtually every Pokemon season before it, Pokemon Journeys doesn't drop Ash and Pikachu in an anime version of the latest games.

Instead, Ash returns home to Pallet Town before setting out to explore the world. Professor Oak introduces him to a colleague named Professor Cherry, and Ash meets ambitious new Pokémon Trainer Goh. Professor Cherry tasks the couple with uncovering Pokémon mysteries in different regions of the world. Whether that means we'll see returns to places like Johto and Sinnoh or whether the pair will head to brand new regions, we'll just have to see.

Anyway, the Pokemon Journeys trailer reveals a number of legendary Pokemon making their return, including Mew and Lugia. And seeing as Goh's partner is Scorbunny, we're pretty confident that Galar Pokemon will make an appearance as well.

You can check out the original announcement on the Pokemon website. Stay tuned to GameSkinny for more Pokemon Journeys news as they appear.