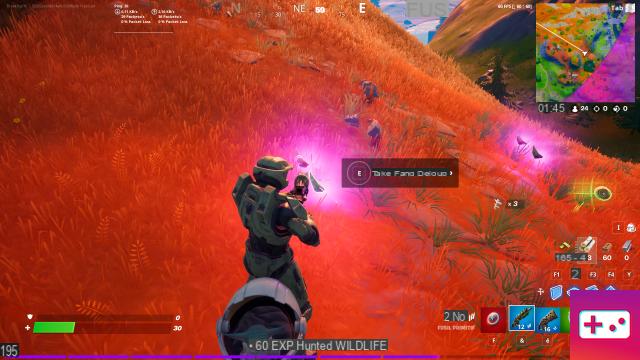 Again, this isn't a particularly difficult challenge, although you may take some time to complete it. As you can imagine, you're going to have to go to hunt these wild animals and kill them, to retrieve the elements we are interested in, namely a wolf's fang, a boar's tusk and three chicken feathers.

If you still don't know where we can find these animals, know that their location is random. But it is possible to find them more easily in certain areas:
As you will have understood, you may need several games to validate the challenge. Once all the resources have been collected, you will have validated this challenge.