Author and references
Obtaining the cult relic at the Arrow for Raz completes the disguise is one of the special challenges regarding the Arrow, which highlights the character of Tarana. We show you its location on our map. In addition to the traditional challenges, which are available every week, Epic Games has set up special challenges for certain characters in Fortnite. This is the case of Tarana, who is at the heart of a series of quests, the Challenges of the Arrow. These, in addition to exploring the lore of the battle royale, allow players to recover good rewards, whether XP or skins. To do this, you will have to validate the challenge asking you toget the cult relic at Arrow for Raz.

Obtain the cult relic at Arrow for Raz

As the title of this challenge implies, we will have to take the direction of the Arrow to find the relic hidden. However, it is not on the tower itself, but in one of the buildings at its foot. We find her in the house to the south, discreetly in a corner, right next to a bench. You may not notice it at first glance, but it sits there nicely, resting on the floor.

In order not to waste time in your research, we have indicated its exact position on the map below.

We advise you to land directly in the area of ​​this building, if you can, to limit the chances of being eliminated and therefore having to start again. As soon as you have interacted with the relic of the sect at the Arrow, the challenge will be validated and you can move on to the next one. 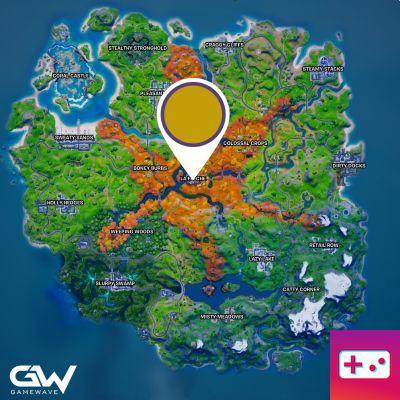 add a comment of Obtain the Sect Relic at Arrow for Raz, Tarana Quests (Arrow Challenges)