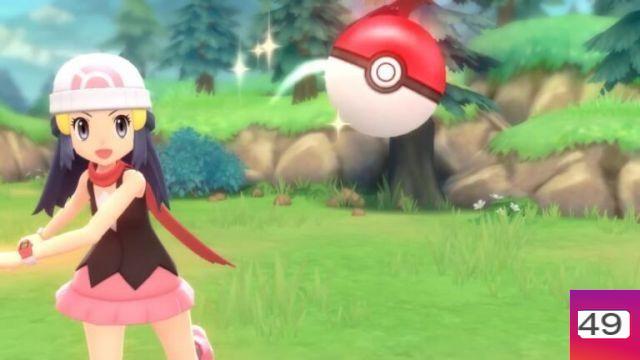 As further proof that fans love the fourth generation of Pokémon games, Gamebiz.jp reports that Pokémon Brilliant Diamond and Shining Pearl sold around 6 million copies in its first week. That puts them in the same ballpark as sales of Sword and Shield in those games' first week, but it's also double the launch sales of Pokémon: Let's Go, Pikachu! and Let's Go, Eevee!

Pokémon is the biggest media franchise in the world, and games have always been huge sellers, so these sales numbers shouldn't come as a complete surprise. However, what's remarkable is the fact that Brilliant Diamond and Shining Pearl have done so well despite being remakes of older games. In particular, the two games also performed very well in the first week of release in Japan.

The success of Brilliant Diamond and Shining Pearl is often contributed by fans to the endearing popularity of the fourth generation of Pokémon games. The original Diamond and Pearl are community fan favorites, and some of the most iconic post-Gen I Pokémon have been introduced in these games. The fourth generation introduced iconic Pokemon like Lucario, Arceus, Infernape, Torterra, Palkia, Dialga and more. These recent sales figures further prove just how popular these gaming games continue to be within the fandom.

For more on Pokemon, like How to Get Into the Ribbon Syndicate in Pokemon Brilliant Diamond and Shining Pearl, keep reading on Tipsforallgames.