Pokémon Go Ditto – how to meet and catch 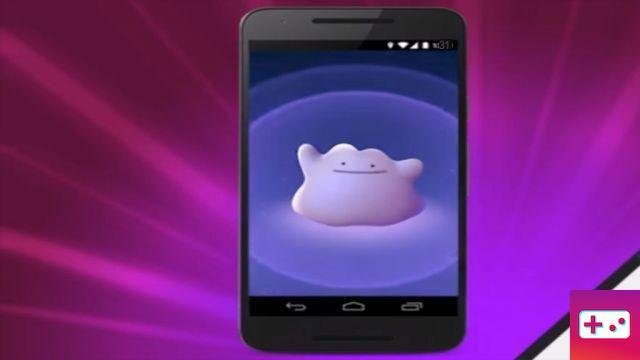 In Pokémon Go, Ditto is one of the most difficult Pokémon to encounter due to its transformative nature. When displayed on the map, it looks just like any other common monster, which often leads the average player to ignore it. Ditto uses his Transform move to become any Pokémon he chooses; during the transformation, it takes on the target Pokémon's appearance, attributes, and moveset.

Ditto was unavailable when Pokémon Go launched in July 2016. It finally debuted in November of that year and has since gone through a list of common Pokémon it can transform into, which usually changes monthly. Ditto is also needed to complete the “A Mythical Discovery” field research. Many players are eager to complete this research for a chance to catch the legendary Pokemon, Mew.

Find all the Pokemon Go Ditto tips, cheats, and cheats you need below, then check out our Pokemon Go updates, Pokemon Go raids, and Pokemon Go news guides to update your knowledge of all the stuff. is about Pokémon Go!

EVERYTHING IN OUR POKEMON GO DITTO GUIDE:

You'll know you've caught the correct Pokémon when an "Oh?" Appears above your Pokéball rather than the standard "Gotcha". If this happens, Ditto will drop his disguise and show you his true form. Ditto is affected by incense and decoys, so be sure to put one, or both, on before you start the hunt. If you search for a Ditto with a friend, it will always spawn from the same Pokemon, so be sure to let you know when you find one! Finally, you cannot hatch Ditto from an egg; it must be caught in the wild.
DITTO CURRENT DISGUISES

Find all of the Ditto Pokémon being transformed below.


RESEARCHING THE FIELD OF MYTHICAL DISCOVERY

The fifth part of A Mythical Discovery field research requires the following tasks to be completed:


At the end of the fifth game, you receive a Premium Raid Pass, a Lucky Egg and 15 Revives. The main motivation for completing A Mythical Discovery is the opportunity to catch the legendary Pokémon, Mew.

Ditto only has one moveset: Transform and Struggle. Transform is used to change Ditto into a target Pokemon, including when using Ditto to defend a Gym. When it transforms, Ditto takes on the target Pokémon's appearance, attributes, and moveset, though there are reports that its CP will depend on your current level.

You can download Pokémon Go from Google Play and the App Store.

Audio Video Pokémon Go Ditto – how to meet and catch
Pokemon Go Eevee Evolution Name Trick: How to Get All Eeveelutions ❯