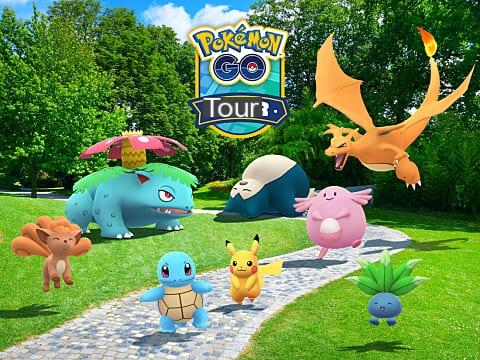 Pokemon GO turns five in 2021 and Niantic is returning to the series' roots to celebrate with the virtual Pokemon GO Kanto Tour event.

The Kanto Tour takes place on February 20, 2021, from 9 a.m. to 21 p.m. local hour. During the tour, the original 150 Pokémon will appear in raids, eggs, encounters, and evolution, and there's a good chance one of them will be shiny.

But there is a twist. In true Pokémon style, the Kanto Tour comes in two varieties. Players can purchase either a Red Version Ticket or a Green Version Ticket from the in-app store for $11,99 each, featuring exclusive Pokémon in each version.

Red version players will be more likely to encounter Shiny versions of:

Green version players will be more likely to encounter Shiny versions of:

Catching all 150 Pokémon before the tour ends nets players special rewards, though players have until 23:59 p.m. PST on February 27 to catch, evolve, or trade for Pokémon.


A few Pokémon caught or evolved during the event have special moves they won't normally learn.

Those who do not purchase a Kanto Tour ticket at all still enjoy some of the benefits of the event. The Legendary Bird Trio returns for Legendary Raids with their exclusive attacks, certain Kanto Pokémon will become more common, trade range will be increased to 40km, and everyone will have access to an event-exclusive Timed Research.