Ratchet and Clank: How to Get the Fully Stacked Trophy

There are 20 weapons to collect in Ratchet and Clank: Rift Apart, and you'll need to unlock them all to earn the Fully Stacked trophy. But it's not just about collecting enough bolts to buy every weapon from Ms. Zurkon.

This Ratchet and Clank Quick Guide will walk you through how to earn the Fully Stacked Trophy and get closer to platinum for Ratchet and Clank: Rift Apart. Also, if you're getting into the series for the first time, be sure to check out our beginner's guide and weapons to upgrade guide first.

How to win the fully stacked trophy

Earning the Fully Stacked trophy means finding every weapon in the game, and there are basically three things you need to do if you intend to acquire it. Buy all of Ms. Zurkon's weapons, collect all of the spy robots and beat the game. 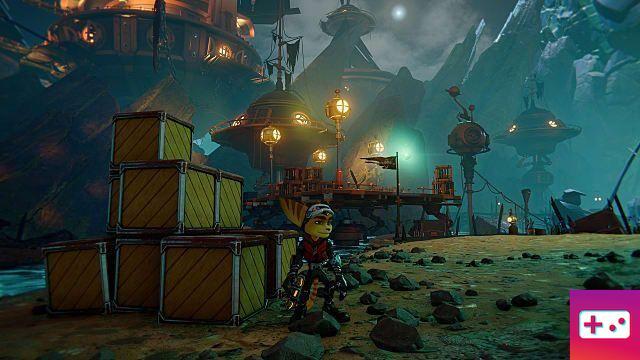 Bolts in Ratchet and Clank: Rift Apart are only good for buying two things: weapons and ammo. In previous entries this also had to be balanced with armor, but all armor pieces are collectibles this time around, so your bolts are more streamlined than ever.

Ammo will almost never cost you much, so be sure to buy as many weapons as you can every time you stop by a Ms. Zurkon shop. It's also important that you get weapons as quickly as possible, as switching between them and stacking damage in battle is imperative.

Just be sure to sweep your bolts after a battle and be on the lookout for crushable crates at all times. Doing both of these practices regularly goes a long way toward earning each weapon much faster.

I spy on a spy robot 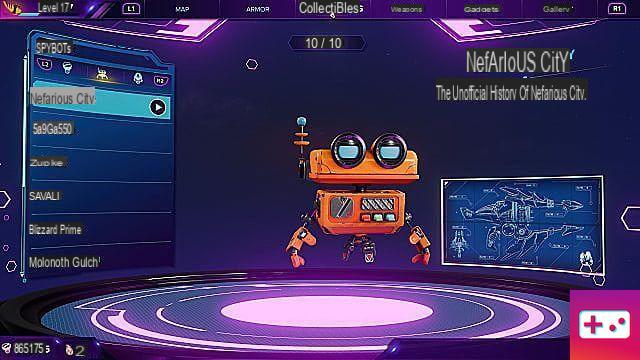 Spybots may at first seem like your ordinary collectible, providing more information about each planet than you may or may not necessarily want, depending on how you fit into the story and setting. But finding each one is absolutely imperative not only to get the fully stacked trophy, but also to get one of the best weapons in the game.

The Ryno 8 is an Easter egg machine and the return of a classic weapon for the series. The Ryno is still one of, if not the most powerful, weapon in every Ratchet and Clank game it appears in, and usually must be acquired by finding different pieces of a full blueprint.

In Rift Apart, each Spybot includes a piece of the Ryno 8 blueprint. Find all 10 Spybots and Ms. Zurkon will build the Ryno 8 for you for free. If you're having trouble finding them, you can check out our guide on how to get the Sargasso spybot, which is a bit trickier than the others.

Also, don't forget to do the side mission on Ardolis the first time you get there. He'll reward you with a Map-O-Matic, a gadget that reveals every item on every map. It is, for obvious reasons, very useful for finding all collectibles, including Spybots.

Get ready for challenge mode 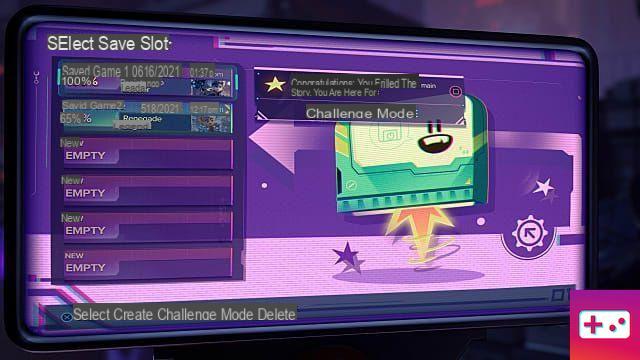 The last thing you'll need to do is just beat the game. There are two weapons that will only be available to you after you've completed the game and then entered a new game plus, or Challenge Mode, as it goes. calls in Rift Apart.

Both the bouncer and the pixelizer are only available once you enter challenge mode. However, anyone who purchased the deluxe edition of Rift Apart or pre-ordered the game will have access to the Pixelizer right from the start. However, you still have to beat the game to get the bouncer.

That's all you need to do to acquire the Fully Stacked trophy in Ratchet and Clank: Rift Apart. You can get the Ryno 8 and all the other weapons on your first playthrough, so don't expect it to burst until you've entered challenge mode and collected the final two weapons.

add a comment of Ratchet and Clank: How to Get the Fully Stacked Trophy