Remnant: From the Ashes Armor Sets - How to Find Hidden/Secret Sets!

Our Remnant: From the Ashes armor sets guide features a full list of the sets available in the game! These locations can sometimes be difficult to find, so our guide focuses on locating these hidden areas and showing you exactly how to acquire the armor.

There are lots of different armor sets to choose from in Remnant. While some of these can be earned by completing quests, there are quite a few sets that are hidden away and much harder to locate. If you're looking to collect them all, check out the options we've rounded up below.

Here is a list of armor sets you can acquire in the game.

This is the armor set you start with. 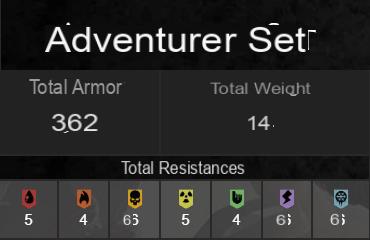 Max stats of this set

Increases the chance of getting loot by destroying fragile objects.

You need to find Glow Rods, these can be found randomly on the ground in dungeons. Three are needed to unlock all armor, but you probably won't find them all in a single match. Once you find one, head to the Herald's Vault where you can place the glow sticks. 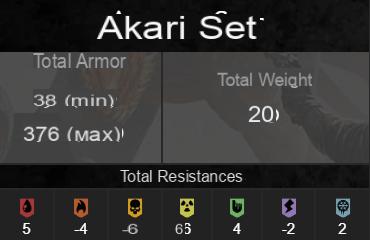 The first thing you need to do is collect the pocket watch. This can be done using our other guide. In summary, you just have to go to Mud Tooth's Hideout, talk to Mud Tooth who is in the broken down helicopter in a tree, listen to all his stories and he will reward you with the pocket watch. If you need more information, check out the guide!


You will then need to find the boss Brabus. This is a random boss event on Earth, unfortunately you'll just have to get lucky. Once you find this boss, he will ask you about the pocket watch. Tell him Mud Tooth gave it to you, and he'll ask you to give it to him. This is where you have to make your final choice. If you hand it to him, he will give you the bandit armor. Otherwise, you will fight. Keep in mind that if you don't have the watch on you, then it's going to be an immediate fight! 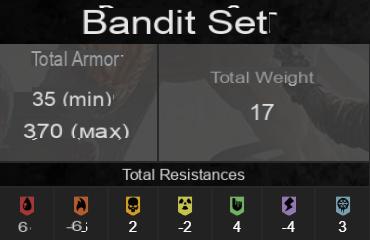 Chance of replacing the exhausted ball at the stroke.

This hat can only be obtained if you were a Twitch Prime member who pre-ordered the title on PC through Amazon's Prime Day promotion. 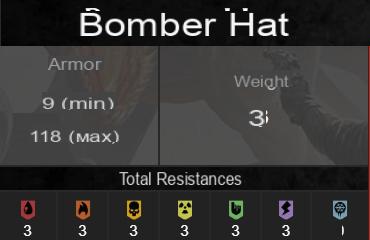 Increases the range of the Teamwork trait.

Acquired in the Swamps of Corsus DLC. It can be purchased from the Mar'Gosh, but to do so you must be infected with the Parasite effect of Iskal Infector, and you will need to have a hardened shell.


To get Hardened Carapace, you need to defeat Vikorian Black Scarabs as this item drops this item. Scarabs only spawn in the Sketterling Temple Random Event in Corus Dungeons. 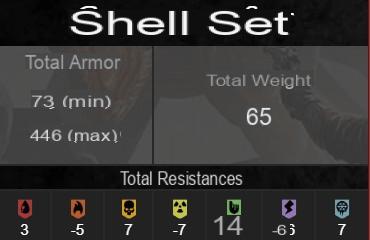 After avoiding damage for 15 seconds, the armor hardens 1x per piece, reducing damage. Damage removes a stack. If all charges are removed, gain 10% additional movement speed per piece (30% max) for 5s. Increases total damage from all sources by 5% per piece.

Obtained from Rigs when you start as a former Cultist. You will be able to buy it from Riggs along with other classes. 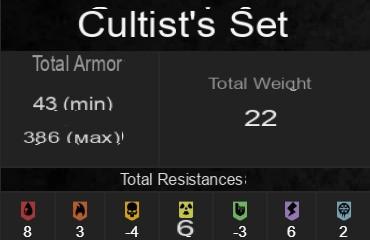 To locate the Drift Armor Set, head to the Founder's Hideout on Earth. Go up the stairs and enter a room with a bulletin board and a shelf. Break the bookcase and you'll find a hidden area with stairs behind the wall. 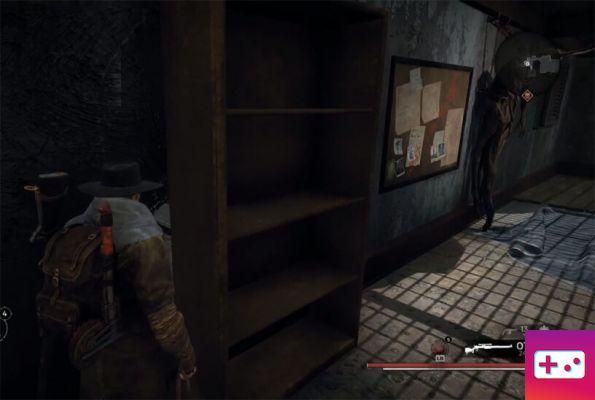 Head up the stairs and you'll eventually come to a room with a lore book. In this room will also be the wanderer's overcoat and the wanderer's pants. It's not the full set, but the other piece can be found after the first street boss. I will update this with the exact location in the near future! 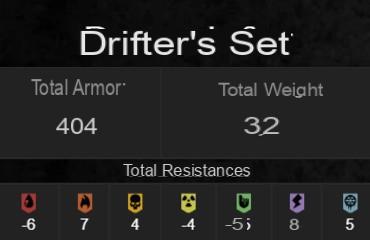 You can get it from Yaesha during The Ravager Shrine event through a random dungeon in Martyr's Sanctuary. The area looks like a temple and there will be a wolf door that will light up. You will have to survive the onslaught of enemies to access the armor. 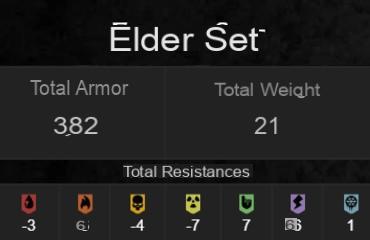 Chance to not consume Dragonheart on use.

Obtained from Rigs when you start as a Hunter. You will be able to buy it from Riggs along with other classes. 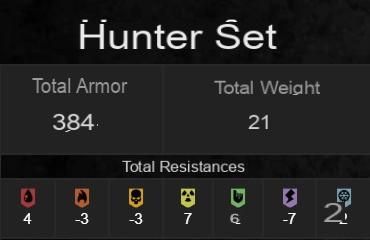 Increases weak point damage on targets over 15 yards away.

Acquired in the Swamps of Corsus DLC. You must use the Cryptolith Sigil three times on the Cryptolith. On the third use, a portal will appear which will contain the armor inside.

The Cyrpotolith seal can be obtained by killing the boss Iskal Queen, in Adventure mode only. 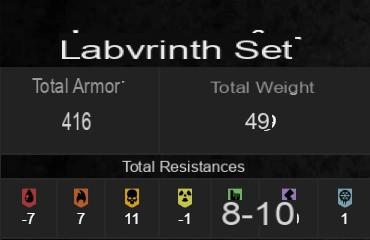 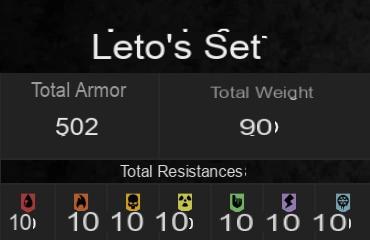 Reduces base damage received by 10%. Gain an additional 10% for every 10% of max health you miss. 5 stacks max.

You will need to use the Rhom Wasteland Merchant waypoint. Look for the small hallway connecting two larger hallways right next to the waypoint. In this area you will find a bandaged dog and a blind merchant. What you need to do is keep talking to him and give him 100 scrap for each of his secrets. Once you've exhausted everything he knows, he'll have the option to purchase the armor. The helmet is 700, the wrap/body piece is 1, and the boots/kilt is 750 scrap. 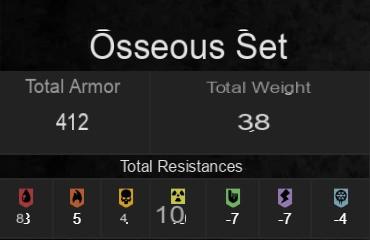 You can get two pieces of Radiant Armor from the vendor stuck on Yaesha. Just talk to her and knock her out of dialogue and she'll reward you with the chest and leg pieces. 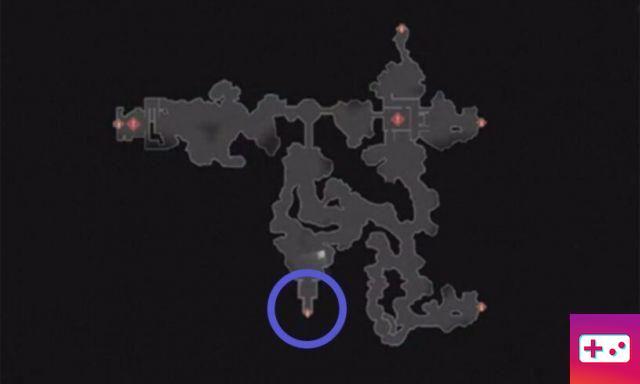 You can find the helmet to complete the set inside a dungeon on Yaesha which can be opened with a key from the stalled merchant's chariot (behind this one). Yaesha's vendor doesn't always spawn, so you must be lucky. 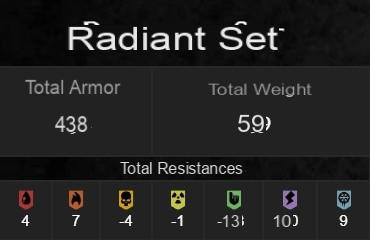 This armor set can only be obtained from the Subject 2923 DLC. You must complete the Magir test, which is a random event in the Reisum—The Spear of Judgment. 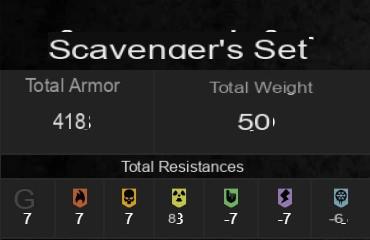 Obtained from Rigs when starting as Scrapper. You will be able to buy it from Riggs along with other classes. 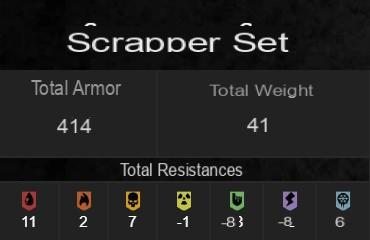 Increases damage dealt to all enemies within 2,5 yards.

You will need to kill Ixillis, this is part of a story mission quest (it's quite late in the game). You will then get the Guardian Heart. Once you have that, go to The Elf Queen in Corsus. Give the Heart to the Elf Queen and she will reward you with the Slayer Armor Set as well as a new Crossbow. 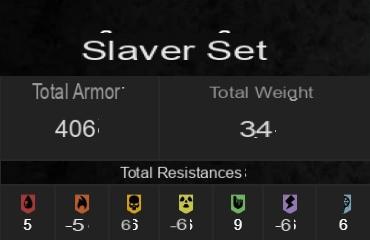 Reloading increases the damage dealt to the next shot over 1 second.

To access the twisted armor set, you will need to face a random boss fight on Earth where you fight the Root Shrine. You just need to survive in the area, a group of monsters will appear and you have to kill them all. Once the quest is completed, you will be able to craft the twisted armor. It will cost you 10 Lumenite Crystals in total to craft the set. 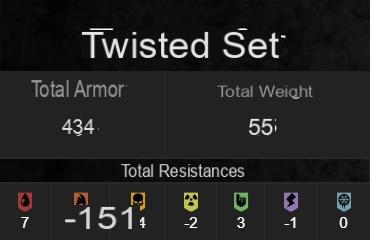 Head to The Monolith which is located on Rhom from Ward 13. Right where you spawn through the checkpoint you will need to solve a puzzle. You press down on the floor plates until you have pressed 10 of them. Once you are done, a room will open up in the area and you can drop down there and pick up the Void Armor. You can do this by trial and error, as each puzzle will be different. If you fail the puzzle, monsters will appear, so be careful! Here's an example of someone solving it:

Once you descend into the area, you will be able to purchase all three pieces of the Void set. The Skull costs 500, Carapace 1250, and the Greaves 750 scrap. 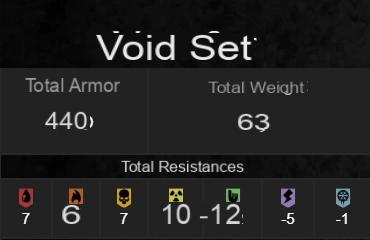 This armor set can only be obtained in the Subject 2923 DLC. It can be found in Reisum before bringing the master's defense to Sebum, and seen through the hole of a ship. Return to Sebum and trade the armor to acquire it. 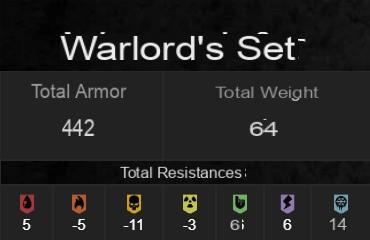 Dragon Hearts are no longer consumed for healing. Instead, they increase ranged and melee damage, grant lifesteal, and drain 200% health over 30 seconds. Kills heal 5% over three seconds.

add a comment of Remnant: From the Ashes Armor Sets - How to Find Hidden/Secret Sets!