It doesn't feel like long ago everyone was talking about LittleBigPlanet on PS3. But for Sackboy, an icon of that bygone era, it's been over six years since he made a fresh appearance.

Although original developers Media Molecule have moved on to the creative playground that is Dreams, Sackboy has not been forgotten. His legacy is now in the hands of Sumo Digital, and with the studio's latest effort, Sackboy is back – triumphantly. 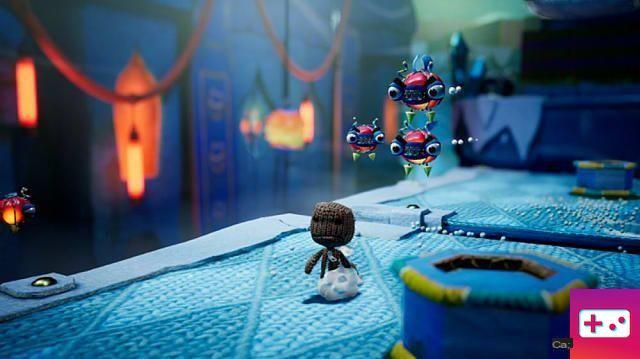 Sackboy begins with the peaceful Craftworld under threat from the villainous Vex (played by the wonderful Richard E. Grant), an evil puppeteer who attempts to enslave Craftworld to create his "Topsy Turver", a machine designed to turn this planet into a landscape. nightmarish hell.

Managing to escape this demon, Sackboy attempts to stop him, aided by Scarlet (played by the equally wonderful Dawn French), a knitted knight who guides our knitted friend to become a knight himself and prevent the nightmare from Vex to materialize.

A journey through five different worlds, which range from the underwater delights of Crablantis to the jungle-themed Colossal Canopy, Sackboy can be played just fine as a single-player game, but the greatest delights come from its co-op mode, allowing four players to join immediately.

One thing you'll notice immediately upon entering these worlds is how beautiful this game is. Running at a smooth 60 frames per second, SABA effectively uses PS5 hardware to create a colorful aesthetic filled with cute patterns and heartwarming creatures. It also retains the same visual quirks of LittleBigPlanet, so expect to see lots of cardboard cutouts and stickers as you progress.

Some stages are specifically cooperative, requiring you and a partner to come together to solve certain puzzles and overcome obstacles. Unfortunately, Sackboy currently only offers local co-op; online multiplayer has been delayed to later this year. It's hard not to be disappointed by the absence of this feature so close to launch, but at least it's coming soon.

Sackboy has a variety of different moves to help him through each level, letting you punch, roll, jump and more. However, it's not as simple as defeating enemies and moving on: mechanics differ between levels, including climbing on sticky surfaces or using the DualSense controller to move platforms.

Each world ends with a boss fight, which feels challenging but never infuriating. It's more about learning attack patterns and timing your strikes than anything else. 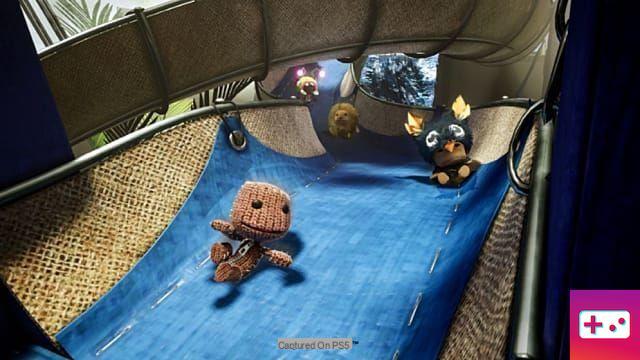 In terms of core gameplay, SABA nails it. The levels are well-designed and balanced, full of imagination. You couldn't ask for better co-op play when the PS5 launched.

Each world is packed with content and contains plenty of hidden information to uncover, from secret rooms marked with zip doors to disguised paths leading to hidden treats. Your main goal in Sackboy is to collect the Dreamer Orbs needed to unlock more segments of the map. They're often linked to these secret areas, which alongside the Knitted Knight time trial stages add a lot of replayability.

At the end of each level, your performance is ranked based on the number of score bubbles you collect on the stage, granting you a bronze, silver, or gold trophy. This, in turn, gives you gold collectibles, which act as your currency. These can be used to buy new costumes, costume pieces and emotes from Zom Zom, a French merchant with a passion for collectibles, giving you a fantastic range of customization options.

A remarkable soundtrack accompanies you on your journey, drawing inspiration from Rayman Legends where certain levels revolve entirely around a set of licensed songs, ranging from Uptown Funk by Bruno Mars to Toxic by Britney Spears. While the standard gameplay is really enjoyable, it's a definite highlight, and it's hard not to find yourself singing along as you play. 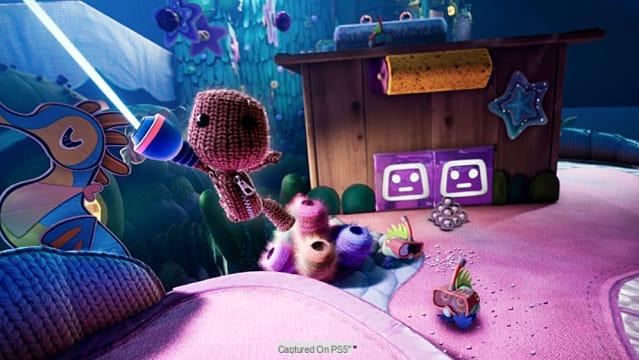 It's hard to say anything bad about Sackboy: A Big Adventure. No online multiplayer at launch admittedly disappoints; the combat is a bit basic but does what it needs to, never feeling overly complicated; and the levels can be quite easy.

But overall, there's plenty of content here for seasoned platformers, some of which will put their abilities to the test. Sure, SABA won't revolutionize 3D platforms, but Sumo Digital has created a highly polished experience for Sackboy's big comeback, something that really appealed to me.

With an A-list cast, great graphics, and solid co-op gameplay, Sackboy: A Big Adventure successfully proves that Sackboy can thrive without the creative mechanics of LittleBigPlanet, while still paying homage to its roots. It's truly wonderful to see this PS3 icon return once again, and hopefully this isn't the last we see of him.

add a comment of Sackboy: A Big Adventure Review – A Finely Crafted Adventure