Full disclosure: I have never watched an episode of Samurai Jack in my life. Yet despite all the odds, Battle Through Time won me over with its wonderful animated art style.

The licensed game genre has always been appealing. For the most part, most titles range from terrible to mediocre, but then there are some gems that stick out from the rest, offering a glimmer of hope.

Samurai Jack: Battle Through Time is one such game and although on the surface it seems like a simple TV series tie-in, inside it has a challenging and rewarding battle system that invokes the feelings of classic games such as Devil May Cry. 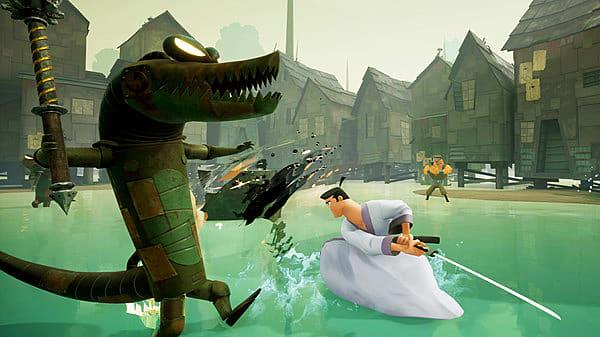 Although I never got into the lore of Samurai Jack, Battle Through Time begins at the end of the series, with Jack facing off against his nemesis Aku. Events unfold and Jack and Aku are thrust into an alternate timeline, with Jack struggling to get home.

Earlier this year, Dragon Ball Z: Kakarot managed to introduce me to the series that had long escaped my radar. He effectively conveyed the plot and tone of the show in a way that was welcoming to newcomers like me. While Samurai Jack: Battle Through Time fails to go as far as Kakarot, the characters, personalities, and world make it questionable from the start.

Whether you're a fan of the series or looking for a well-designed action game, Samurai Jack: Battle Through Time offers you both. Series veterans will no doubt appreciate the peppery easter eggs throughout the game, alongside the charming interactions it offers with various characters, while action fanatics will be engrossed in its combat.

Battle Through Time plays out similarly to games such as Devil May Cry and has a heavy emphasis on combat. Jack is equipped with a sword and as the adventure unfolds he encounters various other weapons. Bamboo sticks, hammers, blades, shuriken, bows, guns and more were found all over the world.

Much like the games Samurai Jack: Battle Through Time is influenced by, it can also be extremely challenging. Depending on the difficulty level you are on, enemies can be relentless in their attacks and one wrong move can knock you out. Items that restore health or increase damage in sticky situations can also be acquired.

The difficulty culminates in the boss battles that await at the end of each level. These require a mix of quick reflexes and constant pressure on the enemy.

To overcome the game's many challenges, Jack can equip four melee weapons and one ranged weapon at once. These can easily be swapped on the fly with the D-pad, and they allow for experimentation throughout battles. Momentum flows easily and every shot lands with a satisfying punch.

There is, however, a huge downside. Weapons have durability, which means that after a few fights they will break. They can be repaired in the shops located on each level, but sometimes they are rare, forcing you to choose another weapon.

In The Legend of Zelda: Breath of the Wild, the mechanic works because it forces experimentation. In Samurai Jack: Battle Through Time, it is often painful to use weapons that have been assigned to you throughout your adventure. It's a massive oversight and hurts the overall combat experience in the long run. 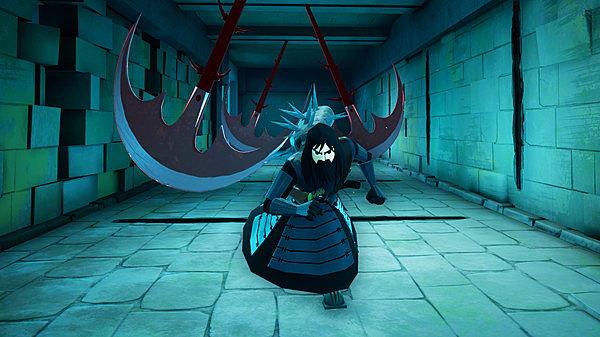 Each category has around 20 skills and each one feels meaningful. However, in the nine levels of Samurai Jack: Battle Through Time, you will find that many of these skills will remain locked. Gaining experience feels too slow and it's clear the game is meant for multiple playthroughs.

A single playthrough lasts around five to six hours, so it's not particularly long, but those just looking for a run will be left out of many abilities.

Most of the time, experience is acquired through battles, but it can also be acquired around the world. Outside of combat, Samurai Jack: Battle Through Time features a few platforming sections. While not particularly difficult, they break up the pace and provide new ways to interact with the world. Here, experience can be found floating or obtained through chests, which usually hide in hidden places or at the end of platforming gauntlets.

It also helps players explore the world, which evokes the anime style of the show. Graphically, the levels are impressive, but they lack character and soul. Despite their beauty, the sections between fights often feel empty, with arenas and lanes offering very little interaction. Additionally, the characters stand lifeless, waiting to interact with them.

It's a shame because Samurai Jack: Battle Through Time boasts an impressive 60fps and flashy combat. Every kick, punch, and whack provides such satisfying feedback that it's disappointing that the moments in between lack imagination, especially for a show known for its visceral art style. 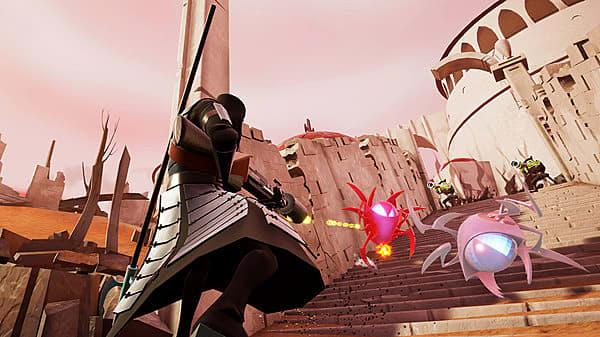 Fans of the series will undoubtedly fall in love with Samurai Jack: Battle Through Time. They'll be taken on a trip down memory lane and find a licensed title that riffs on the series' strengths.

The combat has a surprising depth, and the difficulty will no doubt appeal to fans of the genre. While using new weapons can often feel like a pain due to a poorly thought out durability system, when it works it's a great take on the genre.

Samurai Jack: Battle Through Time has several flaws, but despite those imperfections, it's a deeply engaging adventure through the series' past, and an engaging action game for those looking to scratch that itch.

[Note: Adult Swim provided the copy of Samurai Jack: Battle Through Time used for this review.]

add a comment of Samurai Jack: Battle Through Time Review - I Know Kung-Fu